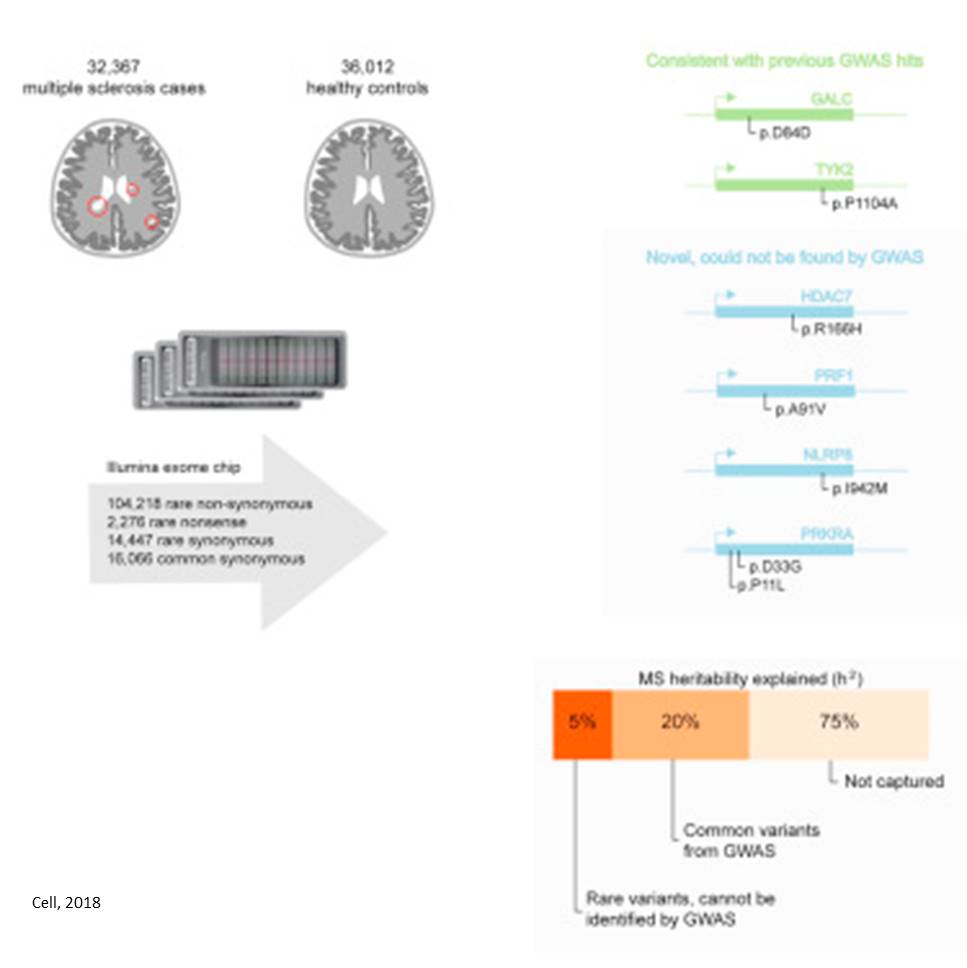 Previous work by the International Multiple Sclerosis Genetics Consortium (IMSGC) has identified 233 genetic risk variants. However, these only account for about 20% of overall disease risk, with the remaining genetic culprits proving elusive. To find them, the IMSGC pooled more than 68,000 MS patients and control subjects from Australia, ten European countries, and the United States. This time, researchers looked for rare variants that directly damage gene sequence. They found four new genes that act independently as risk factors for the disabling autoimmune disorder, they report in the journal Cell.

"We simply would not have found them by continuing to look at common genetic variants; we had to look for rarer events, which means looking at many, many more people," said corresponding author of the study. "These variants explain an extra 5% of risk."

Previous theories have held that combinations of common variants act in concert to explain more risk than each one alone, or that some families carry private mutations that cause disease only in those individuals.

"We've looked in thousands of people to test those theories, and they just aren't true," the author said. "The data don't bear them out."