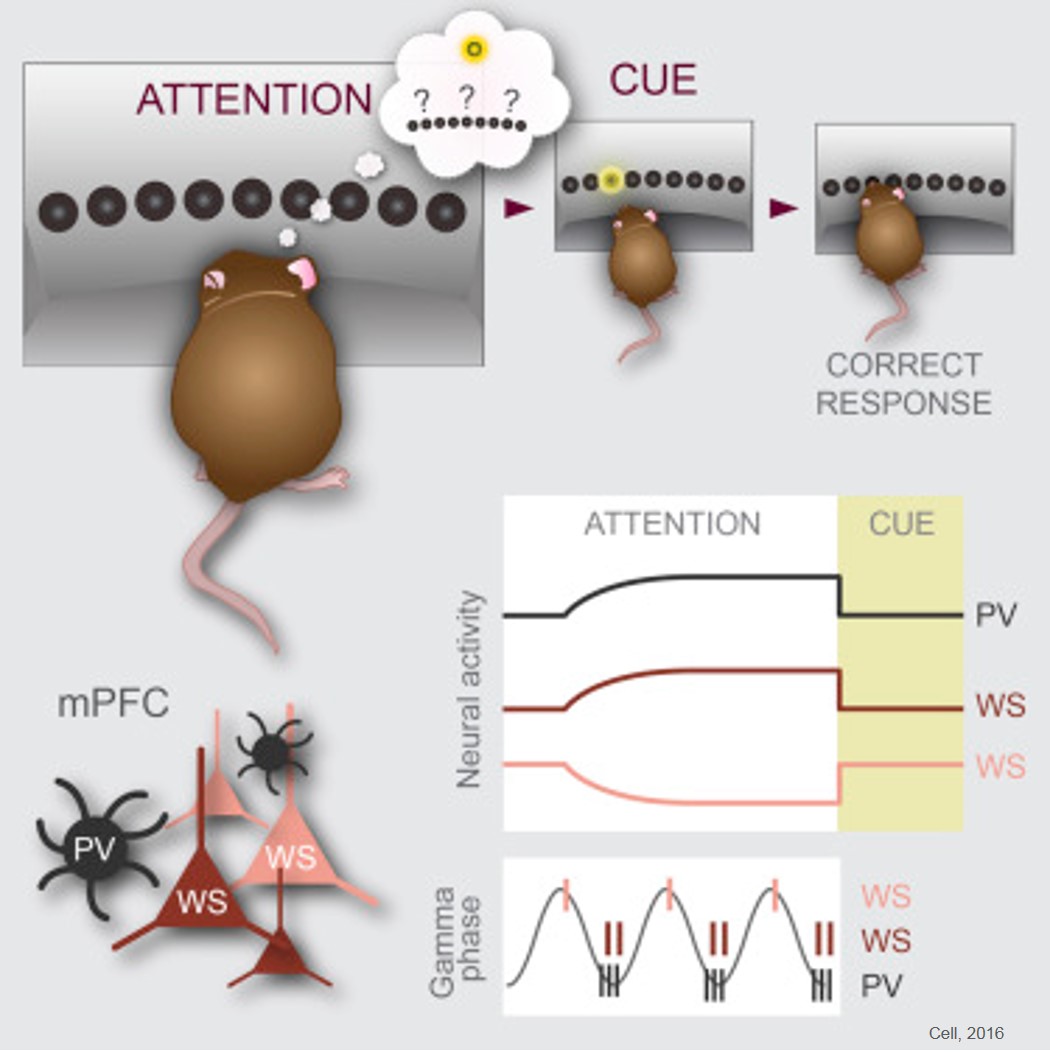 Researchers have identified for the first time a cell type in the brain of mice that is integral to attention. By manipulating the activity of this cell type, the scientists were able to enhance attention in mice. The results, which are published in the journal 'Cell', add to the understanding of how the brain's frontal lobes work and control behavior.

The frontal cortex of the brain plays a crucial part in cognitive functions, including everyday mental processes such as attention, memory, learning, decision-making and problem-solving. However, little is known about how the frontal cortex performs these mental processes, including which neuronal cell types are involved. A longstanding theory holds that parvalbumin-expressing neurons (PV cells) play a key role in cognition; now, however, researchers show that PV cells seem to be not only essential to attention; it also appears that it is enough to optimise PV cell activity in order to enhance attention.

The team focused on attention since it is a cognitive process that is affected in many neuropsychiatric disorders. The scientists trained mice to perform a task requiring a high degree of attention, and recorded the activity of hundreds of individual neurons in the frontal cortex while the animals repetitively performed the task.

The researchers used optogenetics to influence PV-cell activity during the seconds the animals needed to be attentive. They found that the animals' attention was impaired when they either inhibited or changed the pattern of this activity. However, they also found a type of manipulation that could improve attention. During certain cognitive processes a category of brain waves known as gamma oscillations (30-80 Hz) increases in prefrontal cortex, and when the scientists activated the PV cells at gamma frequencies the animals solved the task more times.

While cognitive problems are common in mental disorders such as schizophrenia, ADHD and autism, there is currently no effective medicine available.

"Our findings tie together a number of previous observations on PV cells and their involvement in cognition and neuropsychiatric disorders, and demonstrate this cell type's critical role in cognition and psychiatry," says the author. "The findings also show that it's possible to enhance cognitive functions by altering the activity of a single neuron type, which is quite astonishing when you think of how complex the brain is. PV cells are therefore a very interesting target for the pharmaceutical industry."

Zika infections unlikely to be passed by kissing, casual contact

Activation of Xist by an evolutionarily conserved function of KDM5C demethylase