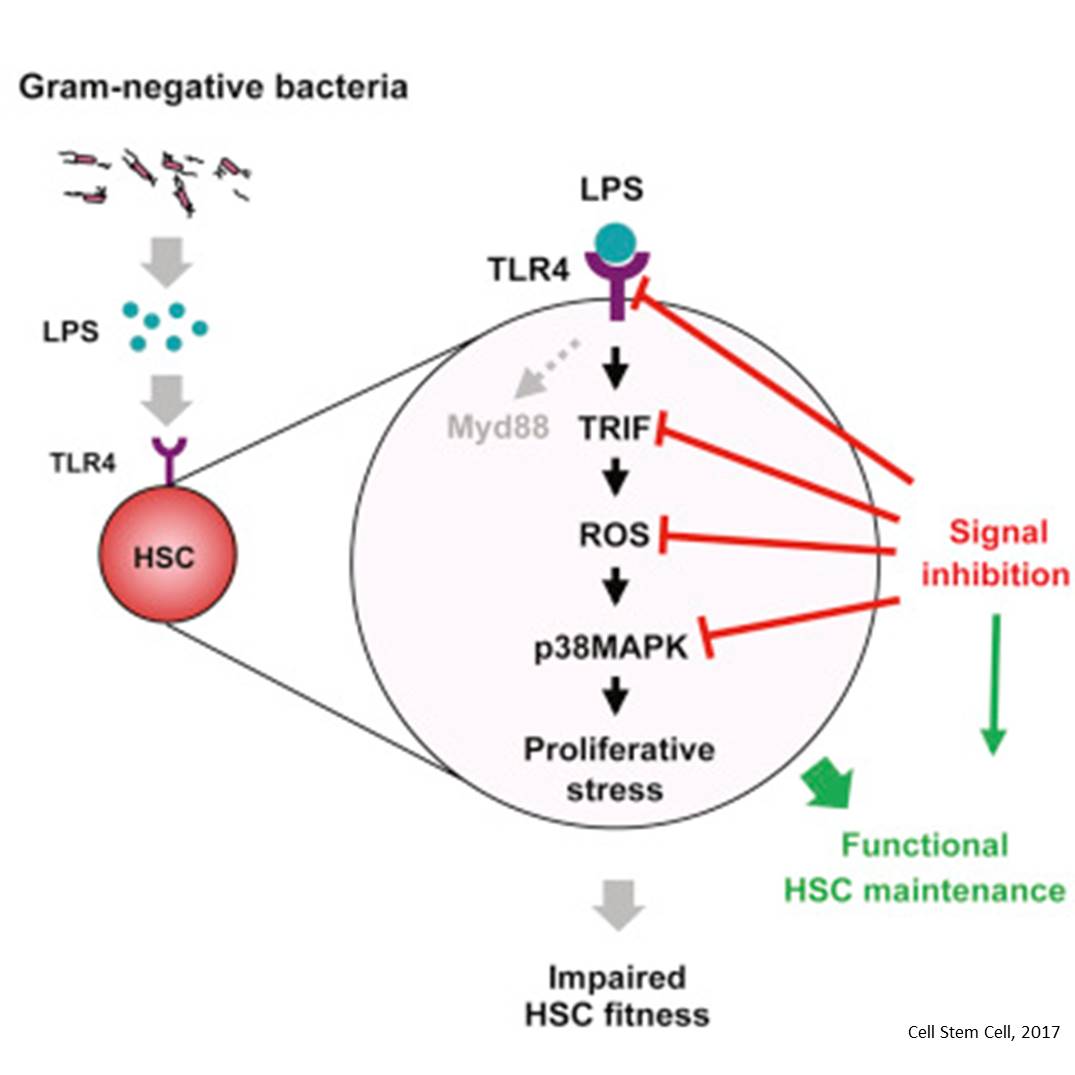 It has been thought that only immune cells would act as the line of defense during bacterial infection. However, recent research has revealed that hematopoietic stem cells, cells that create all other blood cells throughout an individual's lifetime, are also able to respond to the infection.

Researchers found that bacterial infection activates hematopoietic stem cells in the bone marrow and significantly reduces their ability to produce blood by forcibly inducing proliferation. These findings indicate that bacterial infections might trigger dysregulation of blood formation, such as that found in anemia or leukemia. This information is important to consider in the development of prevention methods for blood diseases.

When a person becomes infected with a virus or bacteria, immune cells in the blood or lymph react to the infection. Some of these immune cells use "sensors" on their surfaces, called Toll-like receptors (TLR), to distinguish invading pathogens from molecules that are expressed by the host. By doing so, they can attack and ultimately destroy pathogens thereby protecting the body without attacking host cells.

The results showed that LPSs spread throughout the body with some eventually reaching the bone marrow. This stimulated the TLR of the hematopoietic stem cells and induced them to proliferate. They also discovered that while the stimulus promoted proliferation, it also induced stress on the stem cells at the same time. In other words, although hematopoietic stem cells proliferate temporarily upon TLR stimulation, their ability to successfully self-replicate decreases, resulting in diminished blood production. Similar results were obtained after infection with E. coli bacteria.

This study reveals that hematopoietic stem cells, while not in charge of immune reactions, are able to respond to bacterial infections resulting in a reduced ability to produce blood. This suggests that cell division of hematopoietic stem cells forced by bacterial infection induces stress and may further cause dysregulated hematopoiesis like that which occurs in anemia or leukemia. "Fortunately we were able to confirm that this molecular reaction can be inhibited by drugs," said one of the study leaders. "The medication maintains the production of blood and immune cells without weakening the immune reaction against pathogenic bacteria. It might be possible to simultaneously prevent blood diseases and many bacterial infections in the future."