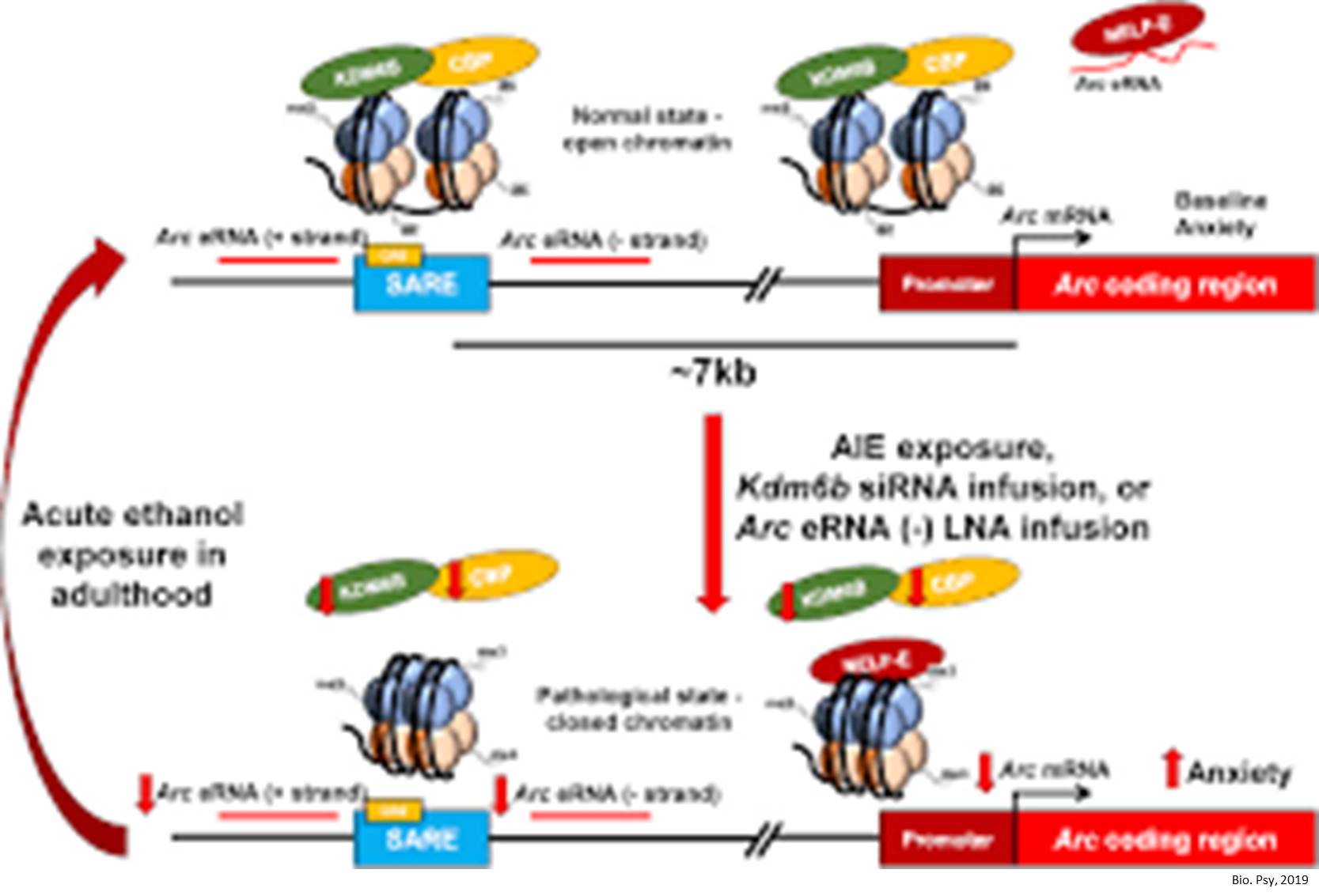 A growing body of evidence supports the idea that alcohol exposure early in life has lasting effects on the brain and increases the risk of psychological problems in adulthood. Now, researchers have found that adolescent binge drinking, even if discontinued, increases the risk for anxiety later in life due to abnormal epigenetic programming. The findings of the study, which was conducted in animals, was published in the journal Biological Psychiatry.

"Binge drinking early in life modifies the brain and changes connectivity in the brain, especially in the amygdala, which is involved in emotional regulation and anxiety, in ways we don't totally understand yet," said the lead author of the study. "But what we do know is that epigenetic changes are lasting, and increase susceptibility to psychological issues later in life, even if drinking that took place early in life is stopped."

"Epigenetics" refers to chemical changes to DNA, RNA, or specific proteins associated with chromosomes that change the activity of genes without changing the genes themselves. Epigenetic alterations are required for the normal development of the brain, but they can be modified in response to environmental or even social factors, such as alcohol and stress. These kinds of epigenetic alterations have been linked to changes in behavior and disease.

Adolescent rats were exposed to ethanol (a type of alcohol) for two days on and two days off or to the same protocol using saline for 14 days. All rats underwent an assessment for anxiety.

The authors exposed adolescent rats to a regimen designed to mimic binge drinking. Those rats exhibited anxious behavior later in life, even if the binge drinking regimen stopped in late adolescence and the rats were allowed to mature to adulthood without any further exposure to alcohol.

"Exposure to alcohol causes epigenetic reprogramming to occur, leading to molecular changes in the amygdala, which are long-lasting, even in the absence of more alcohol," said the author. "If the amygdala has deficits in its wiring or connectivity, and these modifications are long-lasting, the individual is at risk for psychological issues based on difficulties in regulating emotions, such as anxiety or depression and the development of alcohol use disorder later in life."