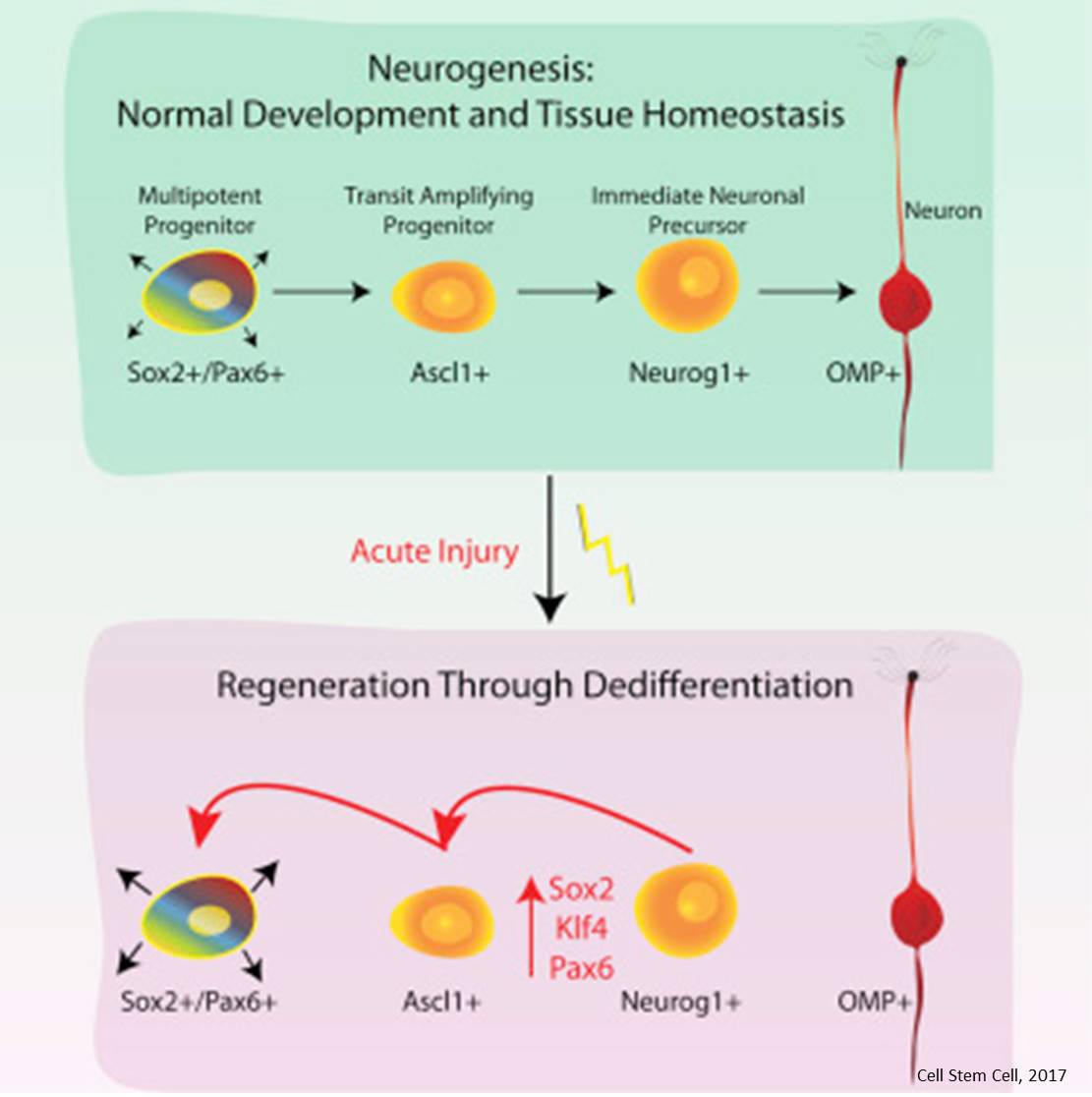 In a study published in the journal Cell Stem Cell, the researchers provide the first evidence that it is possible to regenerate stem cells of the nasal tissue in mice, thus enlarging the population of adult stem cells.

Stem cells are undifferentiated, or unspecialized; they are highly potent and able to generate many different types of cells. Embryonic stem cells can give rise to any cell type in the body, while adult or tissue stem cells have a more limited potency. Adult stem cells are responsible for maintaining the structure of the tissue in which they are found and repairing it after injury. There is evidence that adult stem cells may be able to regenerate in response to injury to tissue as part of a natural healing process.

The team took advantage of that natural healing process. Adult stem cells regenerated in mice with injured nasal tissue. When those adult stem cells were transplanted into other mice, they were able to regenerate all the different cell types in the nasal tissue, also called the olfactory epithelium. This expansion of the stem cell population improved when the researchers swabbed a pharmaceutical preparation into the nose; the drug combination pushed progenitor cells to remain upstream as adult stem cells.

The research team determined that only two of the four factors used by Yamanaka to artificially reprogram adult cells into iPSCs are critical to the process of pushing the olfactory cells to become more stem cell-like.

Authors characterize these dedifferentiating cells using several lineage-tracing strains and single-cell mRNA-seq, and we show that Sox2 is required for initiating dedifferentiation and that inhibition of Ezh2 promotes multipotent progenitor expansion.

"We are the first researchers to gain insight into the molecular mechanism responsible for allowing these adult progenitor cells to become more potent. We were intrigued that the process shared such a core similarity with iPSC technology, which provides a potential explanation and natural origin for the mechanism that the scientific community has harnessed to great effect," said first author.

"The direct restoration of adult stem cells has implications for many types of tissue degeneration associated with aging, though we are several years away from designing actual therapies based on this work. The olfactory epithelium is a singularly powerful model for understanding how tissues regenerate or fail to do so," said senior author.

"If we can restore the population of stem cells in the olfactory epithelium by regenerating them or by administering the right drug as a nasal spray, we may be able to prevent deterioration in the sense of smell," author continued.