Disruption in circadian gene expression in the prefrontal cortex in schizophrenia 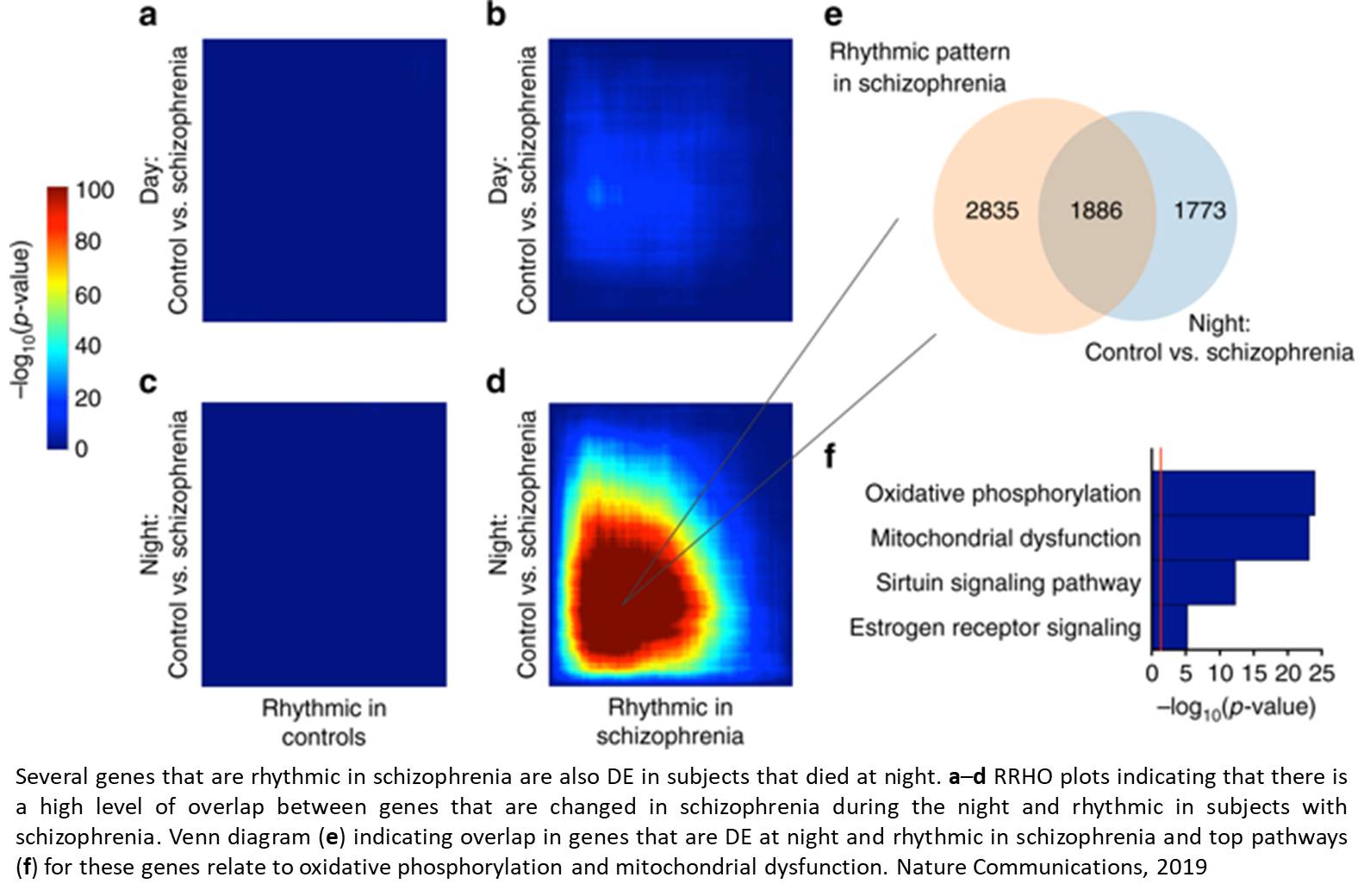 Rhythms in gene expression in the brain are highly disrupted in people with schizophrenia, according to a study.

The findings published in the journal Nature Communications, also suggest that researchers studying schizophrenia-linked genes in the brain could have missed important clues that would help understand the disease.

"Our study shows for the first time that there are significant disruptions in the daily timing of when some genes are turned on or off, which has implications for how we understand the disease at a molecular level," said senior author.

Many bodily functions run on a 24-hour cycle, called a circadian rhythm, which extends to how genes are expressed within cells. Some genes turn on or off at certain times of the day or night.

In this study, the authors analyzed gene expression data from the dorsolateral prefrontal cortex -- a brain region responsible for cognition and memory -- from 46 people with schizophrenia and 46 sex- and age-matched healthy subjects. The data was obtained from the CommonMind Consortium, a public-private partnership that has curated a rich brain tissue and data bank for studying neuropsychiatric disorders.

By knowing the time of death, the researchers were able to use a statistical method to determine changes in the rhythmicity of different genes, which revealed some interesting patterns.

The senior author explained the findings by drawing an analogy of gene expression to electrical appliances in a house.

This is problematic, explains the senior author, because it can affect how cells function. In their samples, the genes that gained rhythmicity were involved in how mitochondria -- the cell's powerhouse -- functions, and those that lost rhythmicity were linked to inflammation.

The results also have implications for other researchers studying the genetics of schizophrenia, according to the study's first author. By not considering circadian rhythms, they could be missing out on important findings.

The top pathways identified in transcripts rhythmic only in subjects with schizophrenia are associated with mitochondrial function. Importantly, these rhythms drive differential expression patterns of these and several other genes that have long been implicated in schizophrenia (including BDNF and GABAergic-related transcripts).

When the authors compared gene expression in brains from people who died during the day, the control and schizophrenia subjects were not different, but in those who died at night, there were major differences, since genes that had gained a rhythm had hit their low point during the night.

The lead author alludes to the analogy of the house. "If we only looked to see if the refrigerator was on during the day we would see no difference, but at night, there would be one."