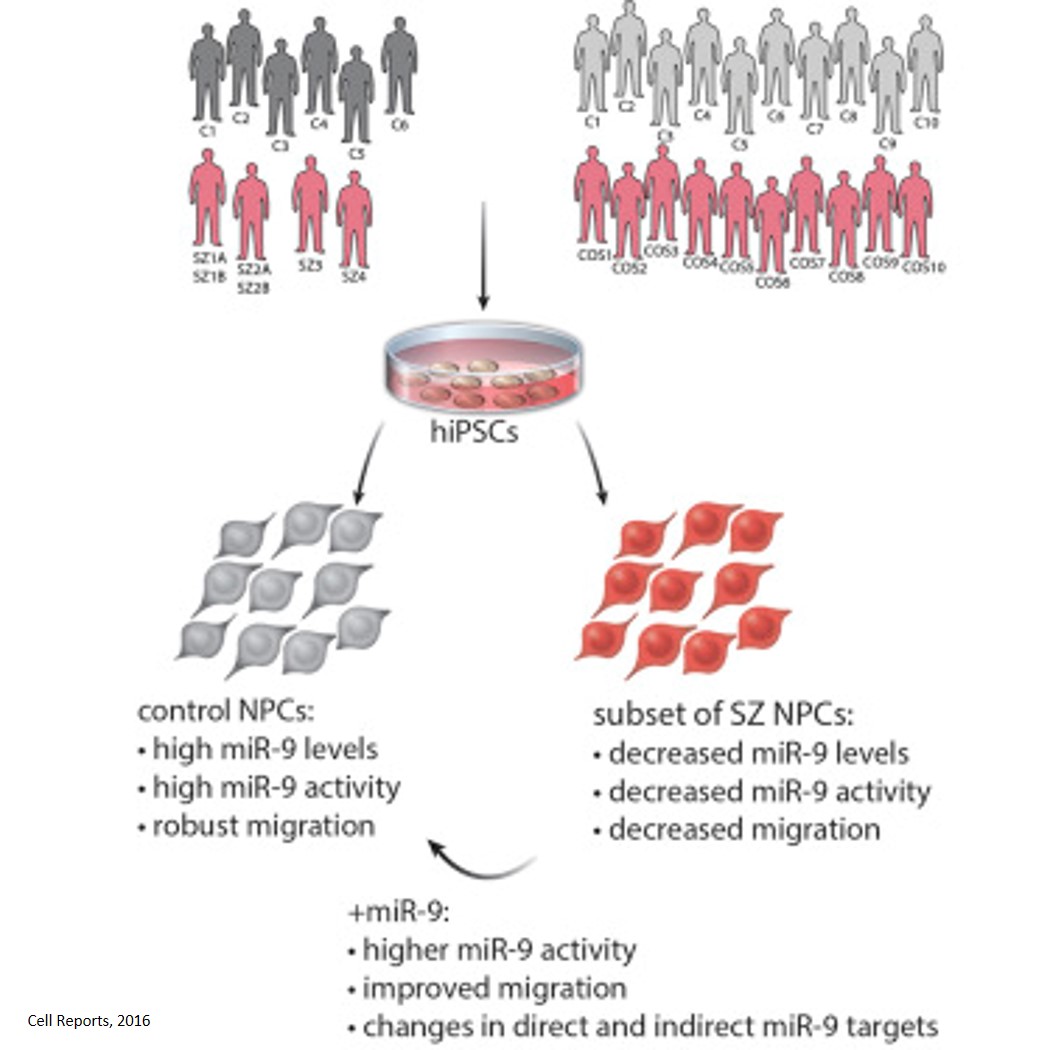 Researchers found that miR-9 was significantly under-expressed in neural progenitor cells (NPCs) from four schizophrenic patients, compared to six control participants. The findings were replicated in a larger sample, from the National Institutes of Health, of ten childhood-onset schizophrenic patients and ten controls.

They also observed a strong correlation between miR-9 expression and miR-9 regulatory activity in NPCs as well as between miR-9 levels/activity, neural migration, and diagnosis. Overexpression of miR-9 was sufficient to ameliorate a previously reported neural migration deficit in SZ NPCs, whereas knockdown partially phenocopied aberrant migration in control NPCs.

Together, these data indicate that aberrant levels and activity of miR-9 may be one of the many factors that contribute to SZ risk, at least in a subset of patients.