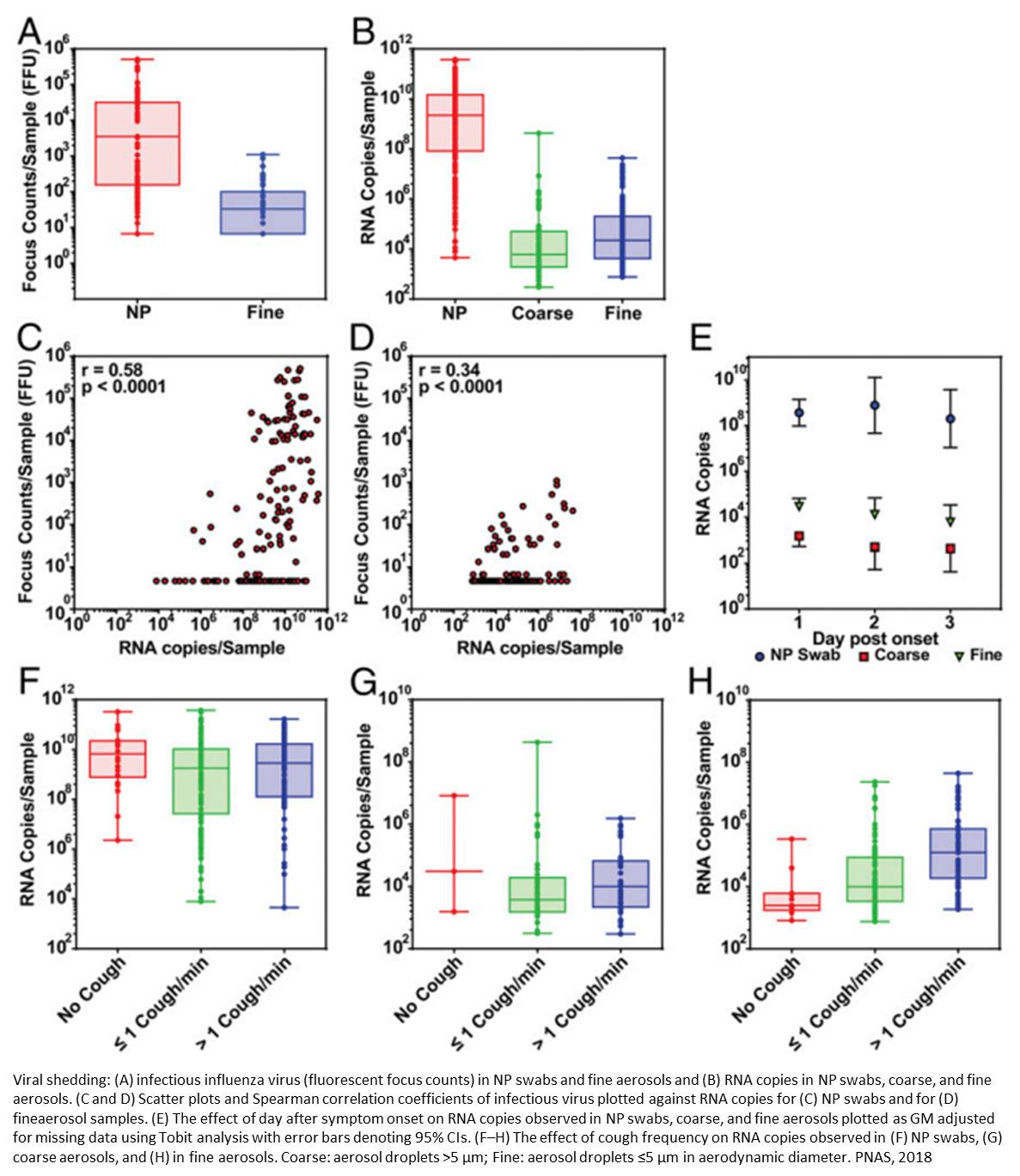 It is easier to spread the influenza virus (flu) than previously thought, according to a new University of Maryland-led study released today. People commonly believe that they can catch the flu by exposure to droplets from an infected person's coughs or sneezes or by touching contaminated surfaces. But, new information about flu transmission reveals that we may pass the flu to others just by breathing.

The study "Infectious virus in exhaled breath of symptomatic seasonal influenza cases from a college community," published in the Proceedings of the National Academy of Sciences, provides new evidence for the potential importance of airborne transmission because of the large quantities of infectious virus researchers found in the exhaled breath from people suffering from flu.

"We found that flu cases contaminated the air around them with infectious virus just by breathing, without coughing or sneezing," explained lead researcher of this study. "People with flu generate infectious aerosols (tiny droplets that stay suspended in the air for a long time) even when they are not coughing, and especially during the first days of illness. So when someone is coming down with influenza, they should go home and not remain in the workplace and infect others."

The research team captured and characterized influenza virus in exhaled breath from 142 confirmed cases of people with influenza during natural breathing, prompted speech, spontaneous coughing, and sneezing, and assessed the infectivity of naturally occurring influenza aerosols. The participants provided 218 nasopharyngeal swabs and 218 30-minute samples of exhaled breath, spontaneous coughing, and sneezing on the first, second, and third days after the onset of symptoms.

The analysis of the infectious virus recovered from these samples showed that a significant number of flu patients routinely shed infectious virus, not merely detectable RNA, into aerosol particles small enough to present a risk for airborne transmission.

Surprisingly, 11 (48%) of the 23 fine aerosol samples acquired in the absence of coughing had detectable viral RNA and 8 of these 11 contained infectious virus, suggesting that coughing was not necessary for infectious aerosol generation in the fine aerosol droplets. In addition, the few sneezes observed were not associated with greater viral RNA copy numbers in either coarse or fine aerosols, suggesting that sneezing does not make an important contribution to influenza virus shedding in aerosols.

"The study findings suggest that keeping surfaces clean, washing our hands all the time, and avoiding people who are coughing does not provide complete protection from getting the flu," said another author. "Staying home and out of public spaces could make a difference in the spread of the influenza virus."

According to the authors, the findings could be used to improve mathematical models of the risk of airborne influenza transmission from people with symptomatic illness and to develop more effective public health interventions and to control and reduce the impact of influenza epidemics and pandemics. Improvements could be made to ventilation systems to reduce transmission risk in offices, school classrooms and subway cars, for example. Meanwhile, we can all heed the advice to stay home, if possible, when we are beginning to get sick to prevent even greater numbers of flu cases. And, get vaccinated -- it is not perfect but does prevent a significant amount of severe illness.