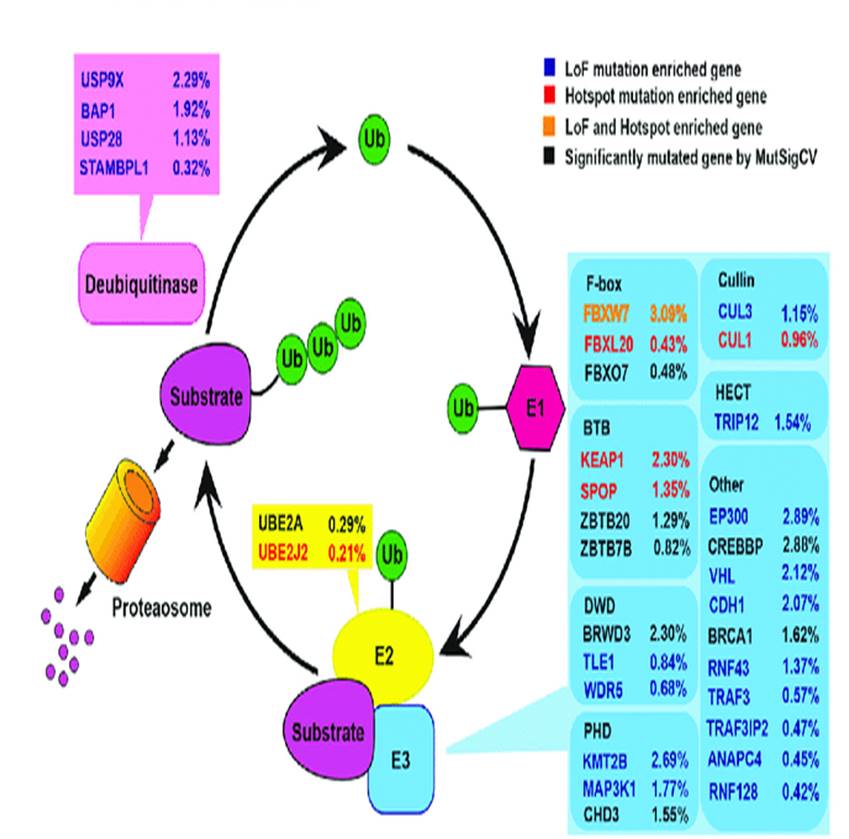 To understand the molecular bases of cancer, it is imperative to determine the genetic alterations responsible for the development and spread of this condition and to identify the mechanisms through which healthy cells become malignant.

In the last twenty years, various studies have identified some of the genetic alterations that disrupt protein degradation and play a key role in tumorigenesis. Cancer cells that harbor these kinds of defects accumulate certain oncogenic proteins, which cause cells to behave abnormally. However, the extent to which such deregulated protein degradation contributes to the development of cancer was unknown.

A research team has revealed how some alterations in the protein degradation system play a key role in tumor development. The study has been published in the journal Nature Cancer.

Using hundreds of proteins, the team identified the specific degradation sequences, that is to say, the precise fragments that are recognized and that trigger tagging by ubiquitin for later degradation. In this first phase, the researchers developed a machine-learning model that identifies these recognition sequences on the basis of their biochemical properties.

To validate the recognition sequences identified in these proteins, the scientists examined the mutations observed in more than 7,000 tumor samples from patients and in 900 cancer cell lines. The authors of the study demonstrate that most of the mutations in protein recognition regions trigger their stabilization. These data allowed them to validate the prediction model and to determine that a considerable number of these new predictions may indeed be functional.

"During the study, we have identified hundreds of potential protein recognition sequences for ubiquitin tagging, which constitute reliable candidates for experimental validation," explains the co-leader of the study:

With the aim to determine which of the recognition sequences identified are used by the tumor to evade the degradation of onogenic proteins, the team later analysed the genetic mutations present in the 7,000 tumor samples and 900 cancer cell lines.

The study concludes that a considerable number of mutations caused by tumors (approximately 1 in 10) occur in oncoproteins (including some that have not previously been reported), which exploit this mechanism to evade degradation.

On the basis of their findings, the researchers propose a potential new clinical approach to tackle cancer, namely the inhibition of oncoproteins that show defective degradation.

"The idea consists of using approved drugs to inhibit an oncoprotein that is overexpressed in the cell because of impaired ubiquitin-mediated degradation machinery. This model would allow a wider spectrum of patients to benefit from therapies that are currently approved for clinical use or that are in clinical trials," says the first author of the work.