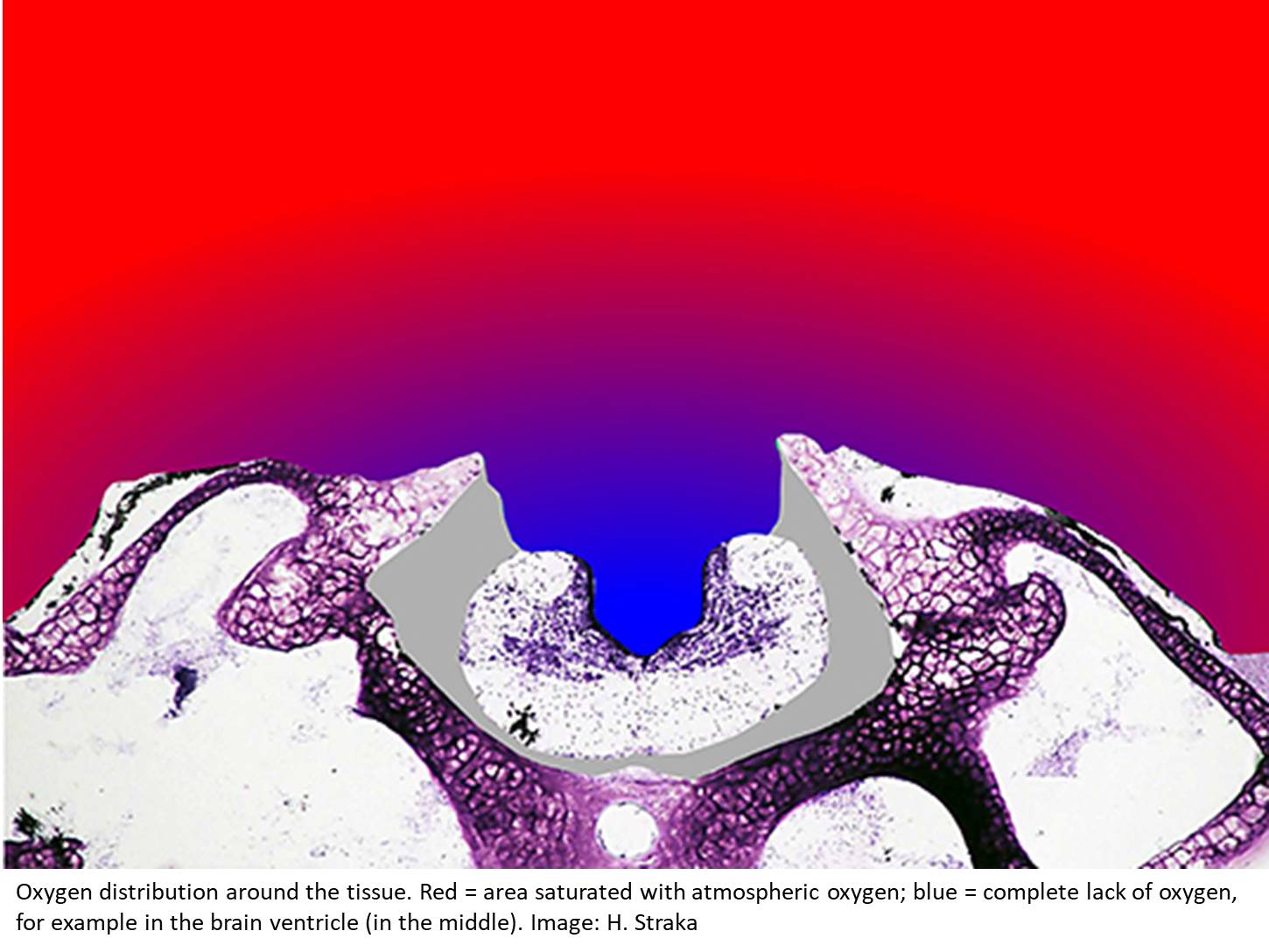 The brain has a high energy demand and reacts very sensitively to oxygen deficiency. The neurobiologists have now succeeded for the first time in directly correlating oxygen consumption with the activity of certain nerve cells.

The brain requires a disproportionate amount of energy compared to its body mass. This energy is mainly generated by aerobic metabolic processes that consume considerable amounts of oxygen. Therefore, the oxygen concentrations in the brain are an important parameter that influences the function of nerve cells and glial cells. However, how much oxygen is consumed in the brain and how this is related to neuronal activity was so far largely unknown. The neurobiologists have now succeeded for the first time in directly measuring this in the intact brain and correlating it with nerve cell activity. The scientists report on their results in the journal BMC Biology.

In an already established animal model - tadpoles of the clawed frog Xenopus laevis - the scientists used electrochemical sensors to determine the concentration of oxygen in the brain and in one of the brain ventricles. They were able to specifically control the amount of oxygen available to the brain as well as inhibit nerve cell activity with the help of pharmacological substances. Using the example of nerve cells that control eye movements, the scientists succeeded in directly recording the relationship between oxygen consumption and nerve cell activity.

"We have found that the brain is anoxic in a normal air-saturated environment, which means that no oxygen can be measured," says the author.

The complete oxygen was therefore immediately used by the cells to synthesize energy-rich substances. If more than twice the atmospheric oxygen concentration was available, the energy metabolism was saturated and oxygen was abundantly present in the brain.

"We were also able to show that during normal operation only about 50 percent of the oxygen is used for nerve cell activity," says the author. "So the other 50 percent are required for glial cells and for maintaining the basic metabolic rate of nerve cells. However, nerve cells with increased activity consume more oxygen."

In order to better understand how information is processed in the brain, knowledge of the relationship between oxygen availability and brain activity is essential. The scientists' results provide initial insight into this and are an important basis for further investigations of the brain's energy balance in future experiments and for measuring oxygen consumption for various nerve cell functions. This could also be relevant from a medical point of view, for example to better understand the consequences of oxygen deficiency in the brain or to better interpret the information on brain activity obtained with imaging techniques.