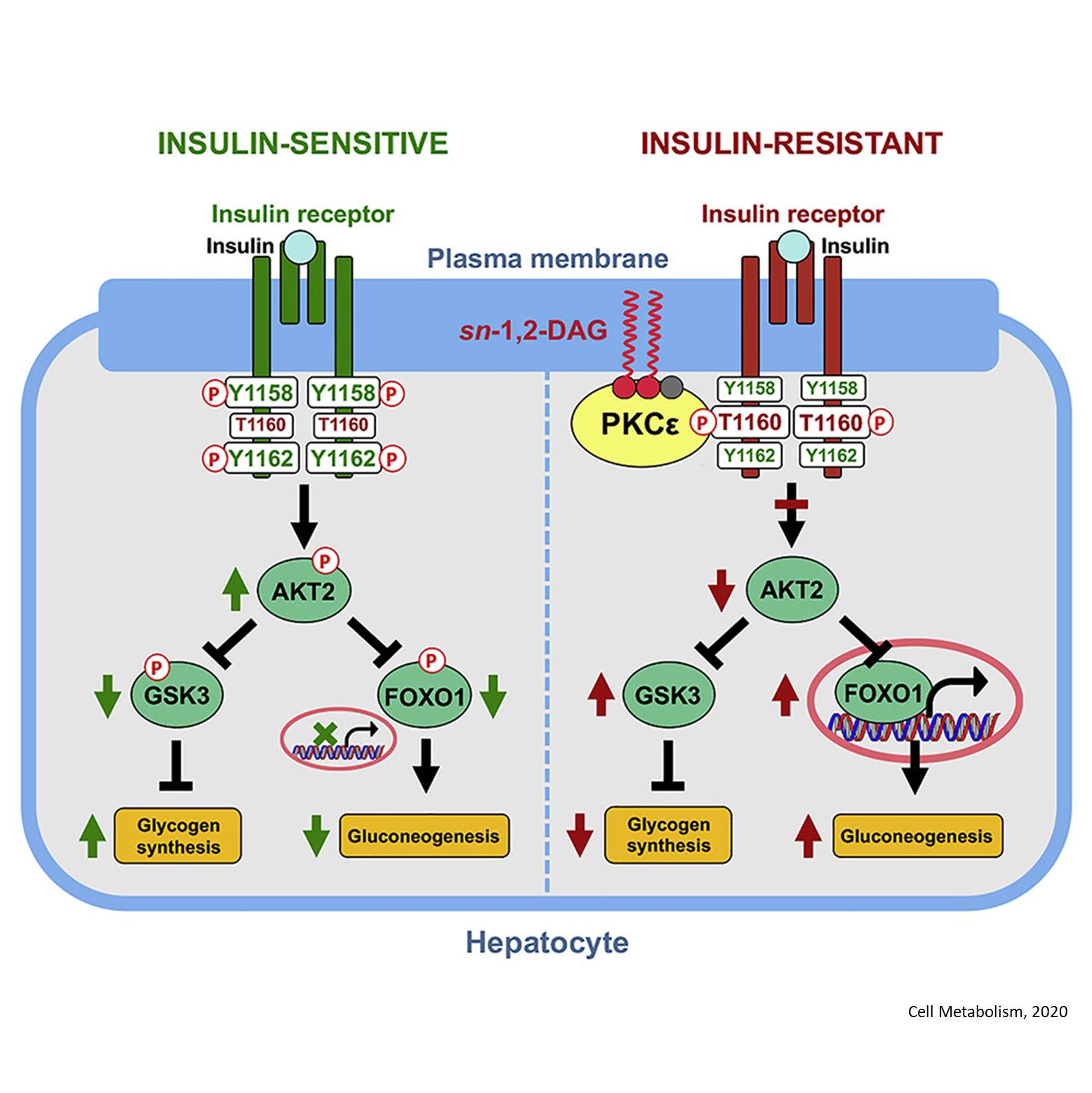 The researchers have zeroed in on a molecular link between nonalcoholic fatty liver disease and liver insulin resistance in type 2 diabetes. The findings, reported in the journal Cell Metabolism, will help pave the way for new drugs to combat type 2 diabetes and other related metabolic disorders, the authors said.

Nonalcoholic fatty liver disease -- the most common form of chronic liver disease in the United States -- is marked by a dangerous accumulation of fat in the liver. The disease, which can be caused by excess calorie intake, is strongly associated with a host of metabolic disorders, including obesity, high triglyceride levels, and insulin resistance, a hallmark of type 2 diabetes.

The molecular pathway identified in the current study has been explored by the lab as a possible regulator in a host of metabolic disorders. The lab is already developing a drug that targets this pathway in hopes it can combat insulin resistance and related metabolic disorders in multiple organs and tissues.

"These are preclinical findings developed in animals and supported by consistent evidences from human samples, and we hope they have the potential to treat insulin resistance and other metabolic disorders that are leading killers of people in the developed world," the author said.