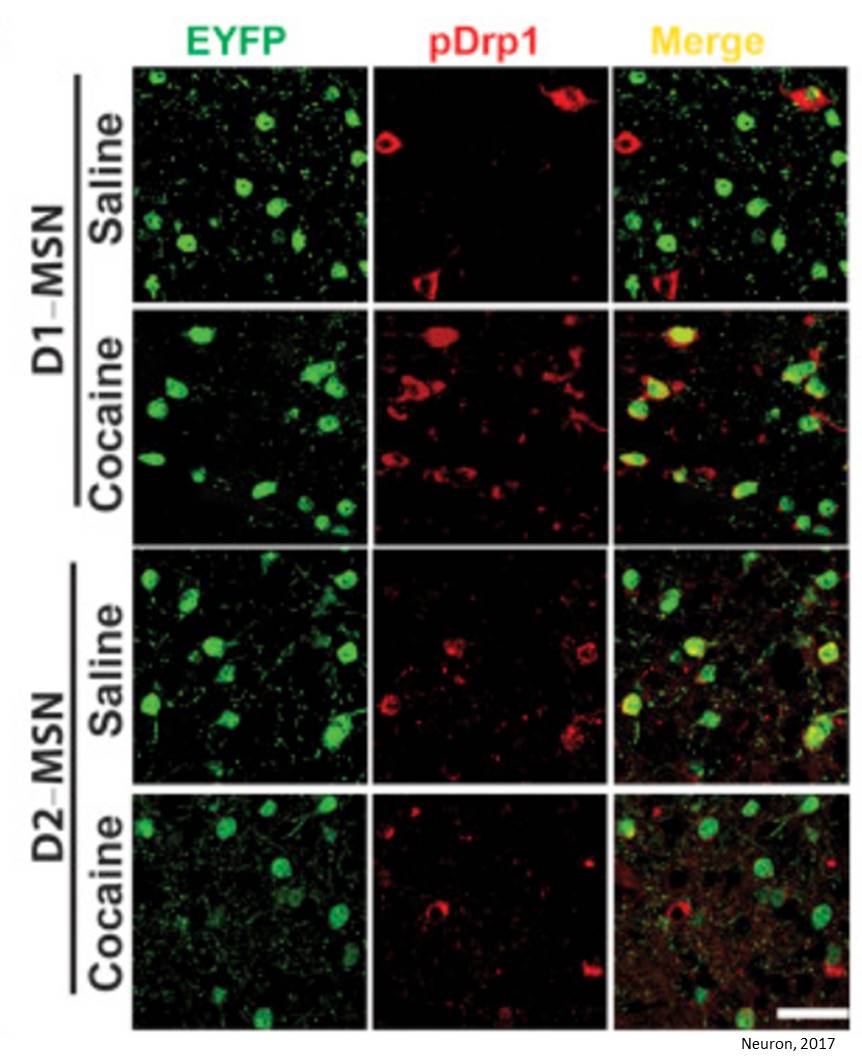 For years, scientists have known that mitochondria in brain cells play a role in brain disorders such as depression, bipolar disorder, anxiety and stress responses. But recently, scientists have identified significant mitochondrial changes that take place in cocaine addiction, and they have been able to block them.

Mitochondria serve as the power source of cells, and they play an important role in the way cells function in the body.

In mice exposed repeatedly to cocaine, researchers identified an increase in a molecule that plays a role in mitochondria division (or fission) in a reward region of the brain. Authors demonstrate an increase of dynamin-related protein-1 (Drp1), the mitochondrial fission mediator, in nucleus accumbens (NAc) after repeated cocaine exposure and in cocaine-dependent individuals.

"We are actually showing a new role for mitochondria in cocaine-induced behavior, and it's important for us to further investigate that role," said the senior author.

The researchers initially studied the mitochondria in cocaine-exposed mice and determined that mitochondria fission increased in the major reward region of the brain. To confirm this same change in humans, researchers were able to identify similar changes in the mitochondrial fission molecule in tissue collected from post mortem individuals who were cocaine dependents.

Senior author said that this latest research could help researchers better understand changes in brain cells and mitochondria from other addictive disorders.