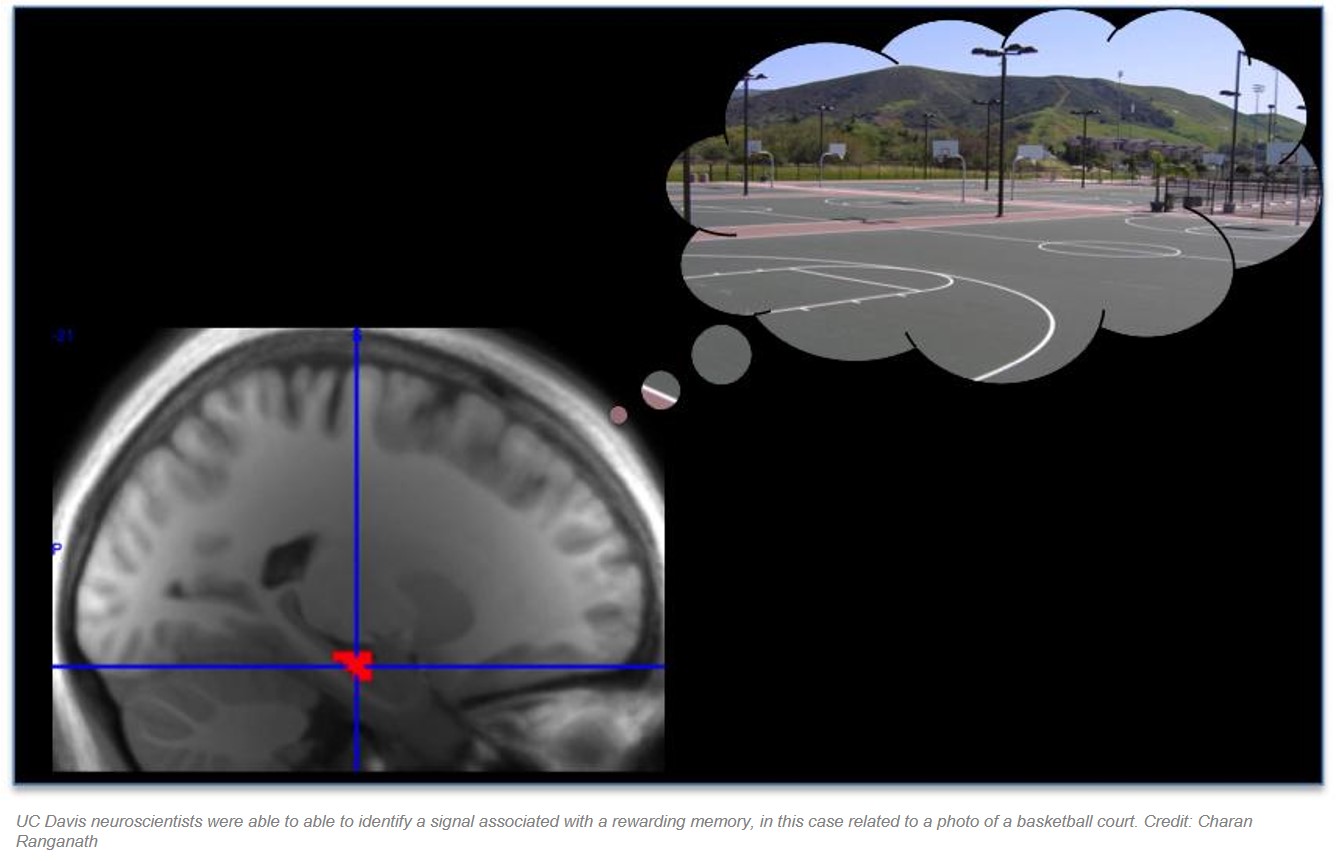 Why do we remember some events, places and things, but not others? Our brains prioritize rewarding memories over others, and reinforce them by replaying them when we are at rest, according to new research published in the journal Neuron.

It's estimated that we only retain detailed memories for a small proportion of the events of each day. People with very detailed memories become overwhelmed with information. So if the brain is going to filter information and decide what to remember, it makes sense to save those memories that might be most important for obtaining rewards in the future.

Researchers put this to the test by scanning the brains of volunteers by functional magnetic resonance imaging as they answered simple yes-no questions on short series of objects -- for example, "do these objects weigh more than a basketball?" Each series of objects was shown on a background image for context, and depending on the context, the volunteers were told they would either get a large (dollars) or small (cents) reward for giving correct answers. At the end of a series, participants were told how much money they just won.
Once participants completed this part of the experiment, the volunteers were scanned during a resting period. Afterward, outside of the scanner, there was a surprise memory test for all objects that were shown during scanning.
Although participants were not expecting the memory test outside the scanner, they were better at remembering objects that were associated with a high reward, said first author of the paper.
Even more interesting, participants' memory performance was predicted by brain activity measured during rest. When the researchers looked at brain scans of subjects at rest after giving yes-no answers -- neither learning nor actively recalling the memory -- they found the same pattern of activity as when subjects were doing the high-reward task. The subjects were apparently replaying the rewarding memories, strengthening connections and helping to fix the memory in place.
People who showed more replay of high-reward memories showed better retention of these events during the post-scan test, as well as increased interactions between the hippocampus, a structure deep in the brain heavily involved in memory, and an area called the substantia nigra/ventral tegmental area complex, which is involved in reward processing, suggesting that reward played a role in stimulating the hippocampus after learning.
Although this study did not measure it directly, these interactions were likely related to release of dopamine, a neurotransmitter that is released in the brain when we expect rewards. Conditions such as Parkinson's disease or aging are linked to reduced dopamine and often involve memory defects.
The results show how memory could be biased toward the high points of experience, senior author said. "It speaks to a memory process that is normally hidden from us. Are you remembering what you really need to know? It could depend on what your brain does while you are at rest."
https://www.ucdavis.edu/news/memory-replay-prioritizes-high-reward-memories
Edited February 15th 2016