Men have better sense of direction than women 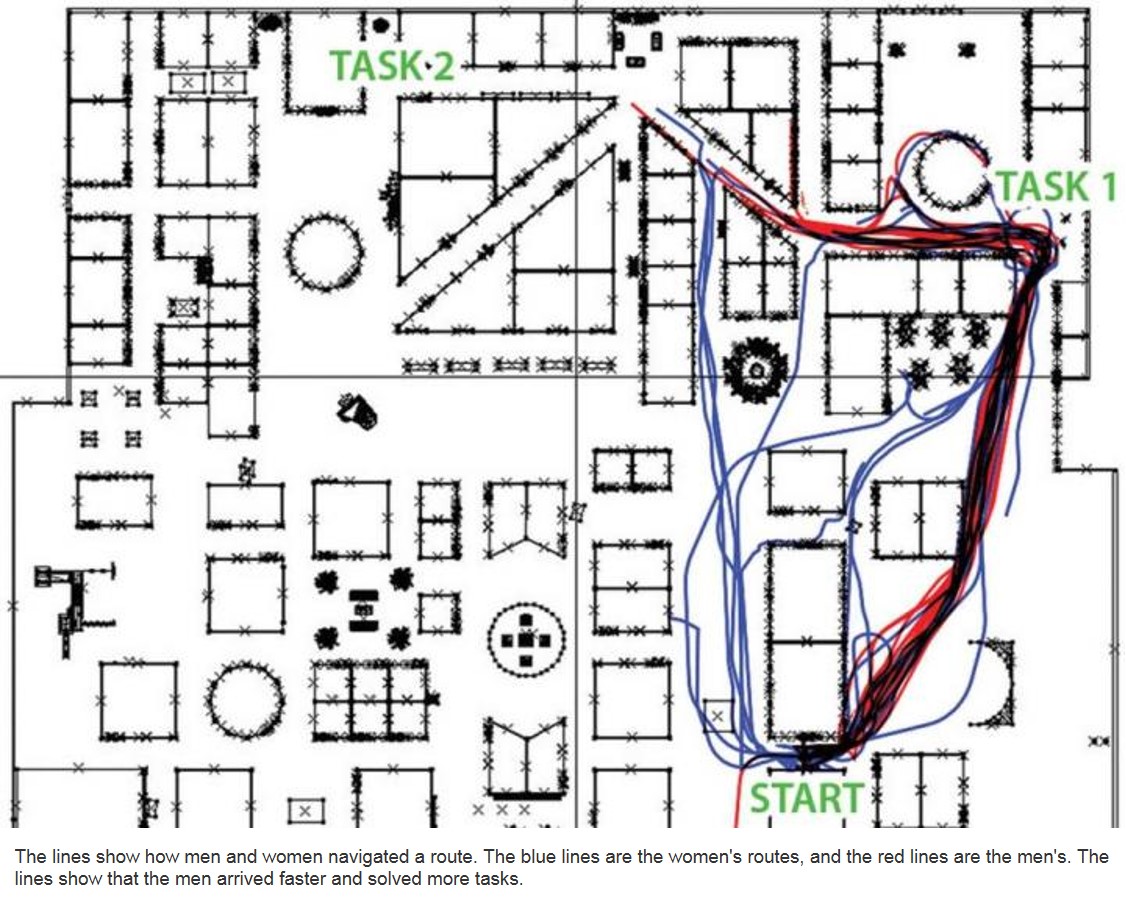 It's been well established that men perform better than women when it comes to specific spatial tasks. But how much of that is linked to sex hormones versus cultural conditioning and other factors?

Researchers decided to explore this idea by administering testosterone to women and testing how they performed in wayfinding tasks in a virtual environment.

Using fMRI, the researchers saw that men in the study took several shortcuts, oriented themselves more using cardinal directions and used a different part of the brain than the women in the study.

But when women got a drop of testosterone under their tongue, several of them were able to orient themselves better in the four cardinal directions.

fMRI images of the brain showed that both men and women use large areas of the brain when they navigate, but some areas were different. The men used the hippocampus more, whereas women used their frontal areas to a greater extent.

Signal that ensures no chromosome is left behind