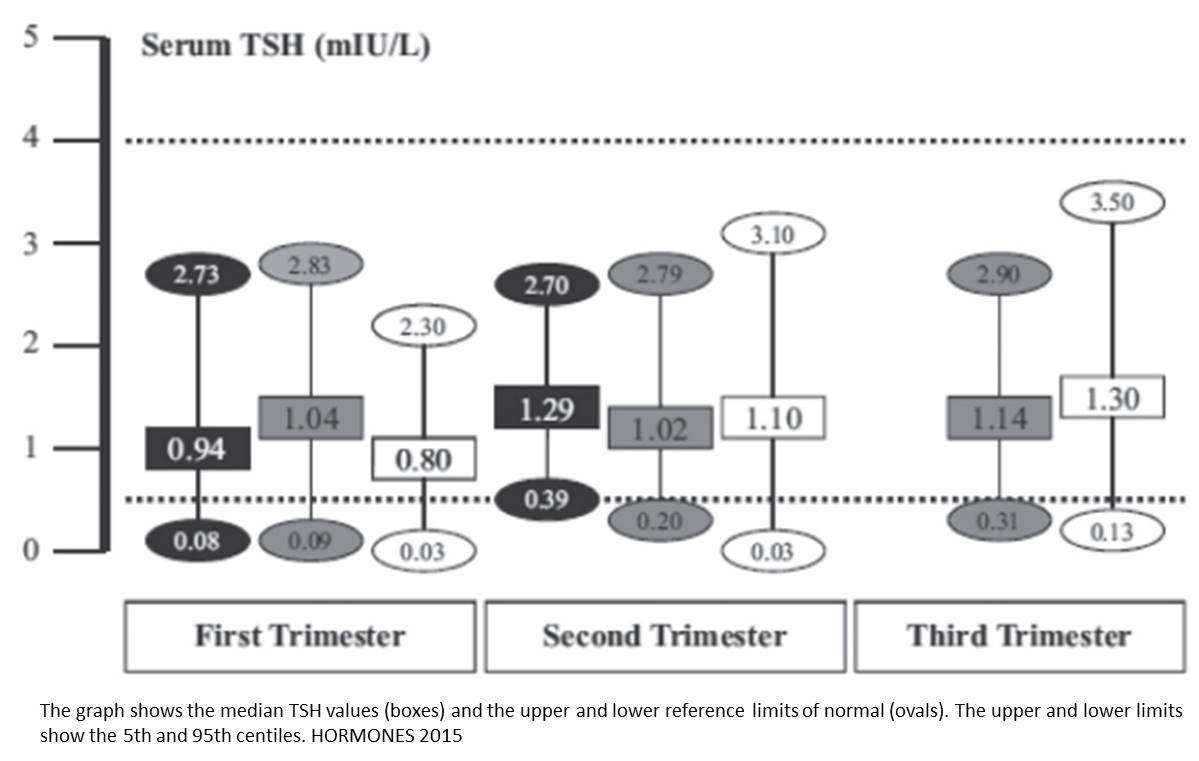 Scientists have already found that relatively low levels of the thyroid hormone thyroxine in pregnant women is linked to poor mental development in their children during infancy. However, until now it has been unclear how this change would be reflected in the children’s performance at school.

Researchers studied 1,196 healthy children from birth to age five. At 12 weeks of pregnancy, the team recorded levels of maternal thyroxine. The team then looked at the children’s school test scores for language and arithmetic at age five.

The study found that five year olds whose mothers had very low levels of thyroxine (within the lowest 10 % of the distribution) at the end of the first trimester of their pregnancy were almost twice (1.9 times) as likely to score a subnormal mark in an arithmetic test than children whose mothers had normal thyroxine levels during early pregnancy.

When the family background of these children and their variation in health at birth were taken into account then this was reduced to 1.6 times – meaning they were actually 60 % more likely to score a subnormal mark. The children’s performance in language tests however was not affected.

The performance of the child was based on how well they did in the test compared to the rest of the class; a subnormal test performance was defined as coming in the lower 50% of the class.

In the future, hormone tests could be used to identify children who will need extra help in mathematics at school. “It is possible that these children could benefit from hormonal supplements to boost their brain development in the womb” suggested the author. “Such treatment has been tried in the past but as yet has failed to improve cognitive ability.”