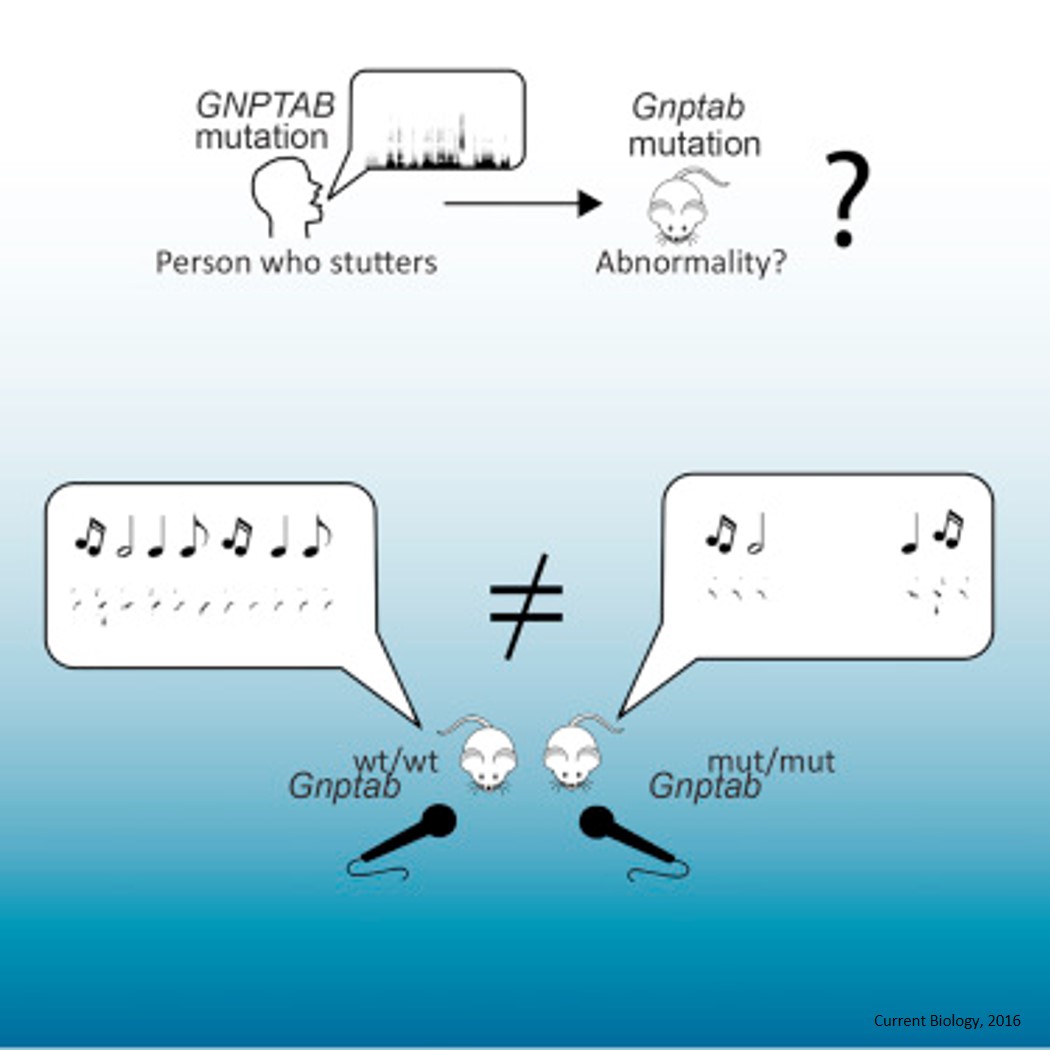 Mice carrying a mutation that has been linked to stuttering in humans show changes in the pattern of their calls, the new study shows.

Earlier studies had linked mutations in a gene called Gnptab (for N-acetylglucosamine-1-phosphotransferase subunits alpha/beta) to stuttering in some people. Severe deficits in this pathway are known to give rise to serious neurological and other symptoms in a disorder known as Mucolipidosis II/III.

"The only known effect of another set of mutations on the same pathway is stuttering," author says. "People who stutter and carry these 'stuttering' mutations are otherwise neurologically normal."

The Gnptab gene is part of a pathway that targets enzymes for degradation. But it had remained uncertain how this "remarkably specific speech deficit arises from mutations in genes known only for their role in cellular housekeeping."

Gnptab-mutant mice behaved normally in other ways, but their calls were fewer and showed changes in timing as seen in people who stutter. Using language-agnostic metrics for auditory signal analysis in mice and humans carrying this mutation, the researchers found very similar abnormalities.

The findings suggest that mice could lead to a new understanding of stuttering. They may ultimately also lead to treatments with the potential to help millions of people around the world who stutter. A new mechanism of tooth repair!