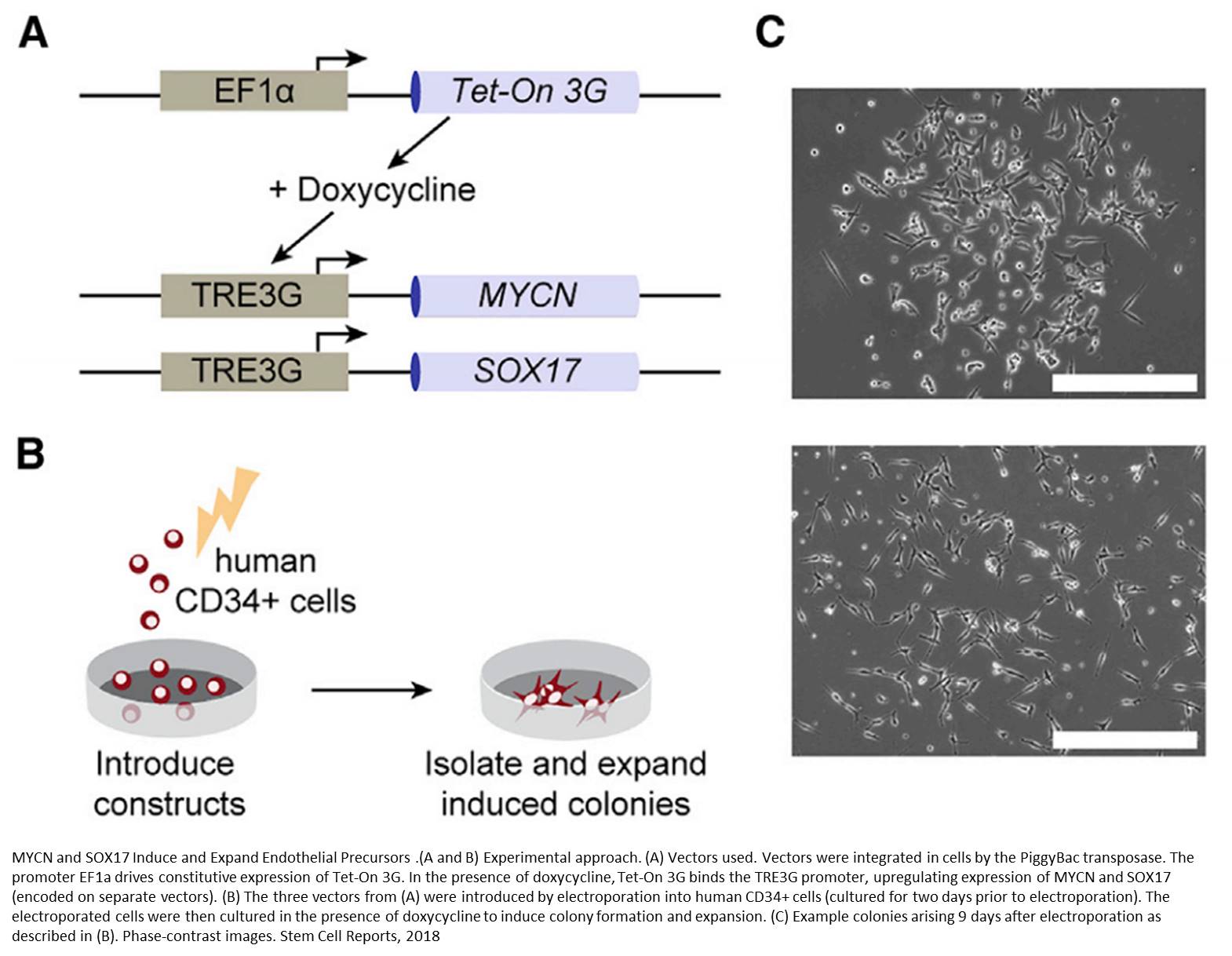 While refining ways to grow arterial endothelial cells in the lab, a regenerative biology team unexpectedly unearthed a powerful new model for studying a hallmark of vascular disease.

The team describes in the journal Stem Cell Reports a new method of creating human arterial endothelial cells from cord blood and adult bone marrow sources. These cells, which have been notoriously difficult to grow in stable quantities, are essential to any future tissue engineering efforts to combat heart disease.

But a second feature of these cells may prove more influential. The senior author says the cells exhibit two distinct states: One that retains its healthy arterial properties over many generations of growth; and a second that fairly quickly shifts identity to a compromised cell type that is strongly linked to arteriosclerosis, or hardening of the arteries.

This change in identity, known as the endothelial to mesenchymal transition, is widely recognized as a major risk factor for congenital heart disease, fibrosis of vital organs, hypertension and heart attacks.

The senior author says the structural changes in the two cell types are quite visible. Endothelial cells have an elongated shape, and tend to grow in smooth, single-cell layers that comprise the inside surface of the artery. By contrast, mesenchymal cells become more star-shaped and they can deposit a calcified extracellular matrix that is prone to building up in the artery. The mesenchymal cells also can pile up on one another, leading to a thickening or buildup in the arteries that constricts blood flow.

Having these new cell lines neatly assemble in a dish in two forms -- one resistant to the mesenchymal transition, the other remarkably susceptible to it -- could be a huge boon not only to understanding the basic biology of this change, but in discovering drugs to suppress it, the senior author says.

In creating the new cell lines, the team used two transcription factors (MYCN and SOX17)-- or proteins that control specific genetic functions -- that were known to be important for a wide range of cell types. But it turned out that when combined, they almost exclusively regulate arterial endothelial cell growth.

That was a "super-lucky" coincidence, senior author says. For the vast majority of things that can go wrong in the human circulatory system, almost all of them relate to artery dysfunction. That makes the arterial endothelium a prime target for discovery. Until recently, scientists had trouble getting these cells to grow in vitro, relying on arterial cells from cadavers that quickly lose their arterial traits and do not proliferate very long.

What is happening in the endothelial to mesenchymal transition? The senior author says it's likely a normal process gone awry.

"My suspicion is there is a naturally occurring transition that's probably healthy, like in a response to injury," senior author says. "This is probably part of the normal homeostatic balance. What I think happens during disease progression is that the balance shifts, and now there's too much transition taking place and you get these massive deleterious effects."

The next big challenge will be to find the genetic differences between these cells that makes one group more resistant. The hope is finding targets for drugs or small molecules that could restrain this disease transition. In the same way that a broad class of statin drugs has revolutionized treatment of high cholesterol, there could be a new class of drugs that attack this prime precursor to arteriosclerosis, senior author says.