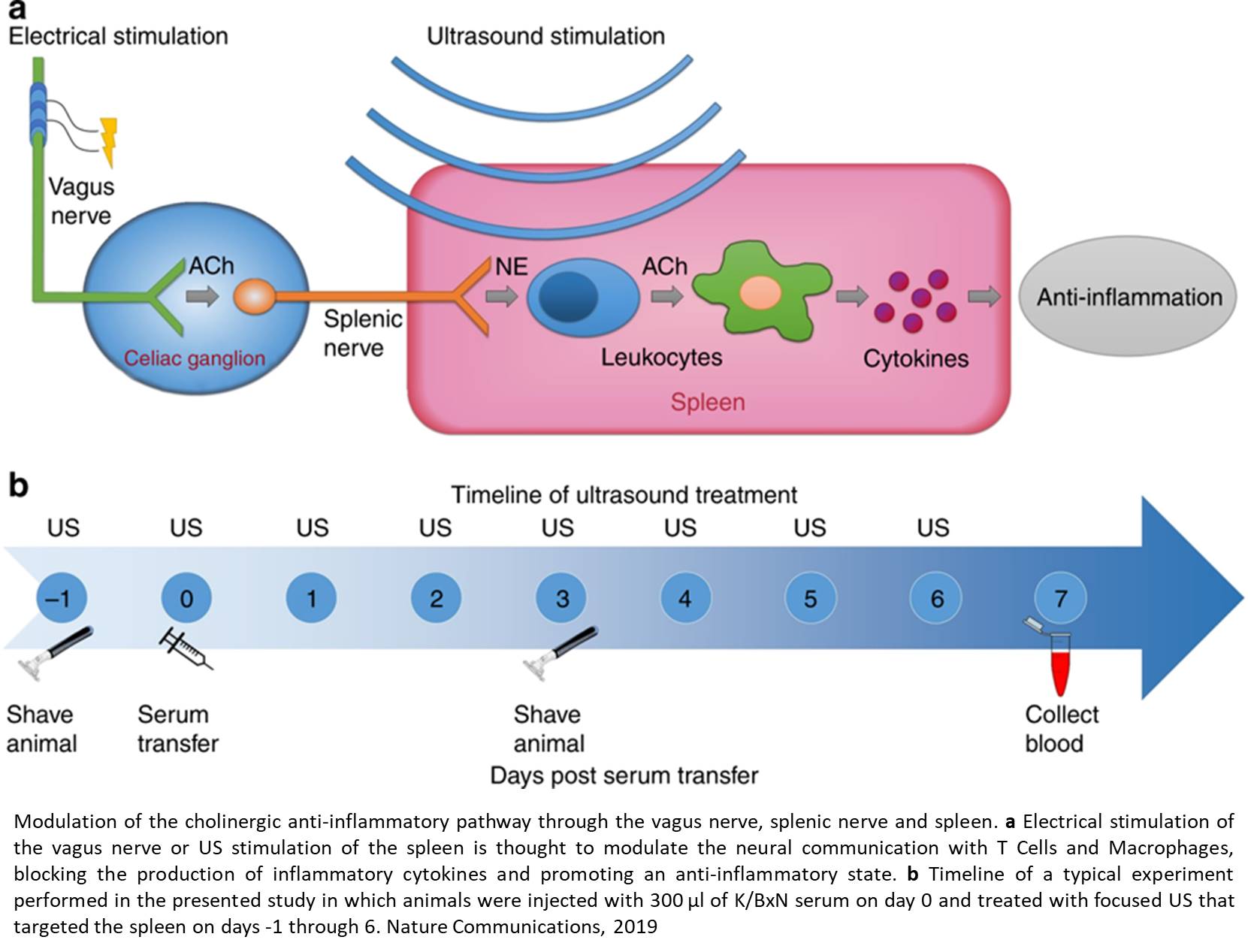 Researchers have shown that noninvasive daily ultrasound stimulation of the spleen in mice with inflammatory arthritis resulted in significantly less joint swelling compared to arthritic mice that were not treated. The research is a first step to developing new treatment options for more than a million people in the United States who currently suffer from rheumatoid arthritis. The research is currently published in Nature Communications and has resulted in preliminary human clinical trial.

"What we found in our mouse study is that we could actually 'turn down' the inflammatory response with daily ultrasound stimulation of the spleen from outside the body," said, the first author of the study. "We're hopeful that this type of noninvasive treatment could someday supplement current treatments for people with rheumatoid arthritis."

Inflammatory arthritis is an autoimmune disease, which means that the body's immune system attacks healthy tissue in addition to germs, viruses and other foreign substances. This reaction can cause pain, stiffness, and joint damage. Current treatments usually include medicines that have a wide variety of side effects.

"Using noninvasive ultrasound stimulation of the spleen to treat a progressive disease like inflammatory arthritis seemed like a far-fetched idea," said a senior author of the study. "We were pleasantly surprised with our results and how a separate study, independently performed by GE Research and The Feinstein Institute for Medical Research published in the same issue of Nature Communications, showed findings that were consistent with our research."