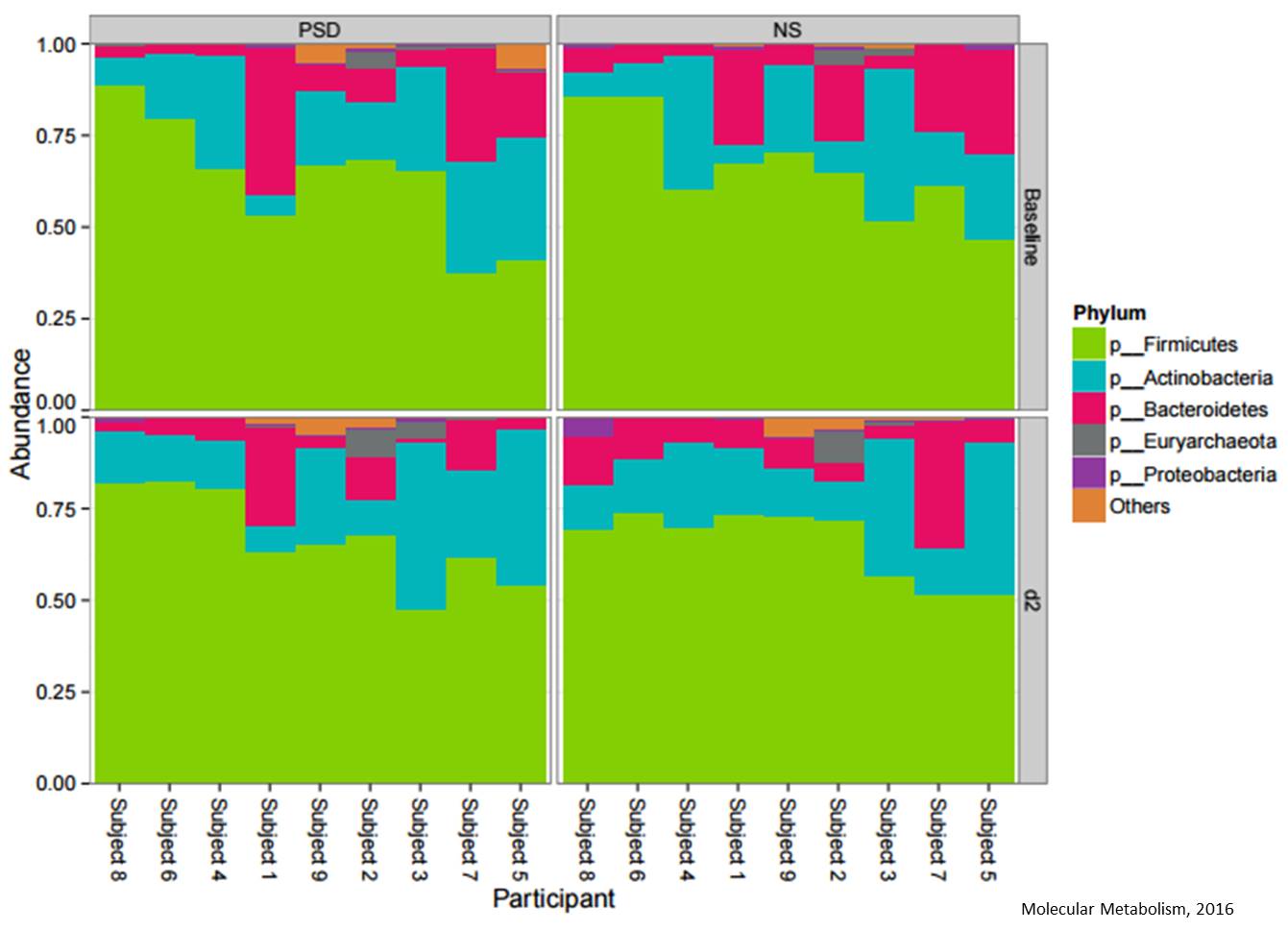 Results from a new clinical study suggest that curtailing sleep alters the abundance of bacterial gut species that have previously been linked to compromised human metabolic health. The new article is published in the journal Molecular Metabolism.

In their study, the researchers sought to investigate in nine healthy normal-weight male participants whether restricting sleep to about four hours per night for two consecutive days as compared with conditions of normal sleep (about 8 hours of sleep opportunity) may alter the gut microbiota in humans.

"Overall we did not find evidence that suggests that the diversity of the gut microbiota was altered by sleep restriction. This was somewhat expected given the short-term nature of the intervention and the relatively small sample size. In more specific analyses of groups of bacteria, we did however observe microbiota changes that parallel some of the microbiota changes observed when for instance obese subjects have been compared with normal-weight subjects in other studies, such as an increased ratio of Firmicutes to Bacteroidetes. Longer and larger clinical sleep interventions will be needed to investigate to what extent alterations of the gut microbiota may mediate negative health consequences attributed to sleep loss, such as weight gain and insulin resistance," says senior author.

"We also found that participants were over 20 percent less sensitive to the effects of the hormone insulin following sleep loss. Insulin is a pancreatic hormone needed to bring down blood glucose levels. This decreased insulin sensitivity was however unrelated to alterations in gut microbiota following sleep loss. This suggests that changes in microbiota may not, at least in the short-term, represent a central mechanism through which one or several nights of curtailed sleep reduce insulin sensitivity in humans," says first author.