Bacteria passed between generations are more beneficial than environmentally transmitted! 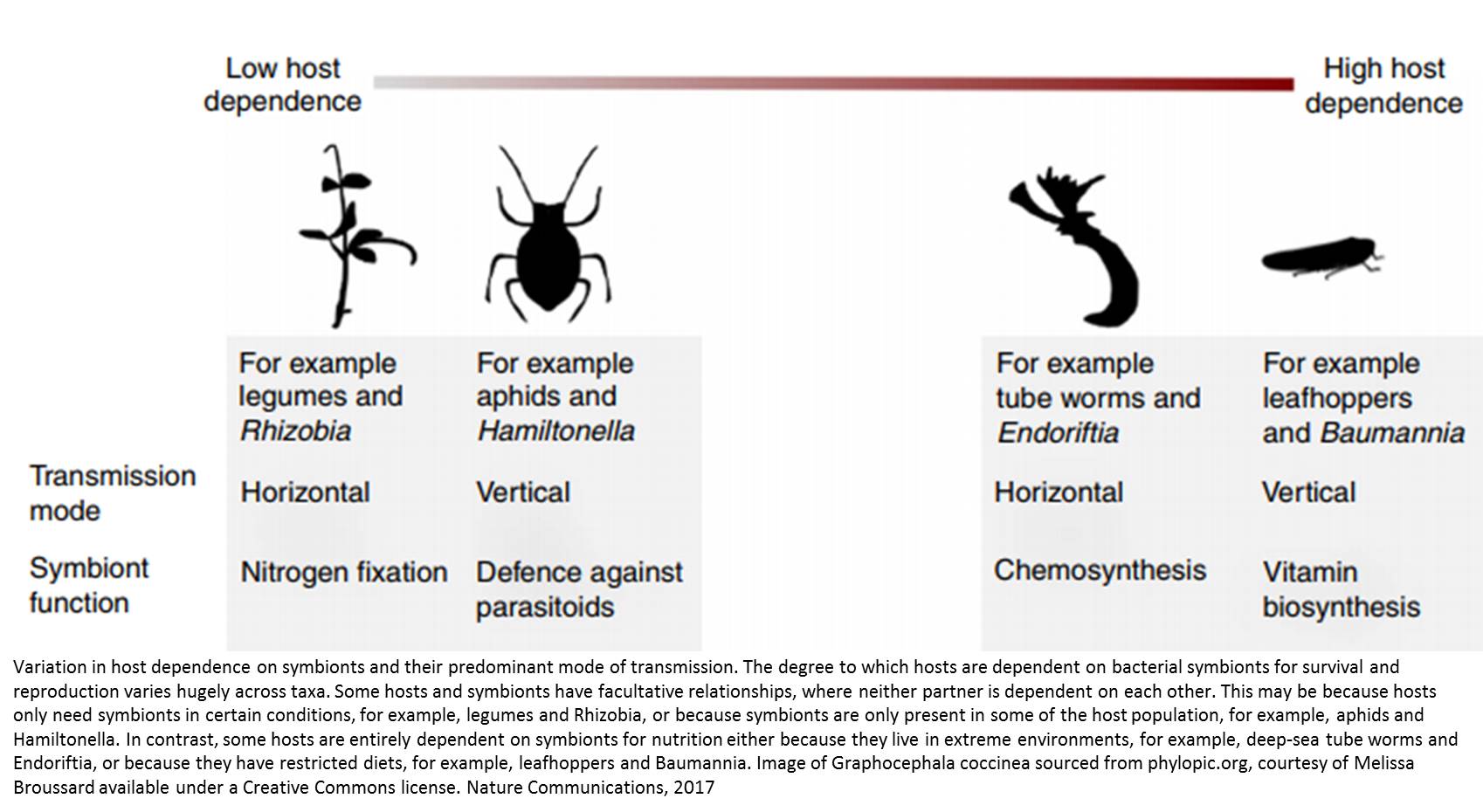 Many insects and plant species carry beneficial bacteria, which provide a variety of services. Some provide nutrients, such as those living in aphids, the green and black fly which plague garden plants. Others help their animal hosts defend against parasites. However, while animals would die without some bacteria, they would hardly notice the absence of others. Why do we get this variation?

New research, published in Nature Communications, researchers tracked the evolutionary history of 106 bacterial symbioses, in a range of animal plant and fungi species.

The findings have revealed that how bacteria is passed and contracted is key to the intensity of symbiont relationships. When bacteria are passed vertically, straight from mother to offspring, they tend to be much better for their hosts than if they are transmitted via the environment (horizontally).

The team found that when bacteria are passed on vertically, hosts evolve to depend on them. Removing these bacteria can have a significant negative impact on the host. In the case of Aphids, also known as plant lice, individuals die if you take away their bacteria. In contrast, bacteria that are passed via the environment, has a smaller impact. Plants such as peas and beans acquire Rhizobia bacteria from the soil, which can extract nitrogen from the air and put it into a form that the plant can use. Rhizobia plays an important role in plant rotations, but the plants do not die without them.

The paper's co-author, said: 'If a bacteria is passed on vertically, it has a vested interest in its host's wellbeing. A healthy host, who is doing well, will produce more offspring, and in doing so, it will also pass on its bacteria as well. These offspring will then follow the same cycle with the next generation, and so on. The vertically transmitted symbionts have a lot to gain from a healthy, happy host. Whereas those passed on horizontally, via the environment, are less invested in their host's fitness and wellbeing, since it has no bearing on their own success.'

The study represents a first step towards improving understanding of symbiont relationships and their benefit or lack of benefit, for plant and insect species. As humans interact with a lot of bacteria, with further research, the work could be used to inform medical understanding.

Mother's BMI may affect the biological age of newborn babies

Underfed worms program their babies to cope with famine Link between mitochondrial DNA and autism