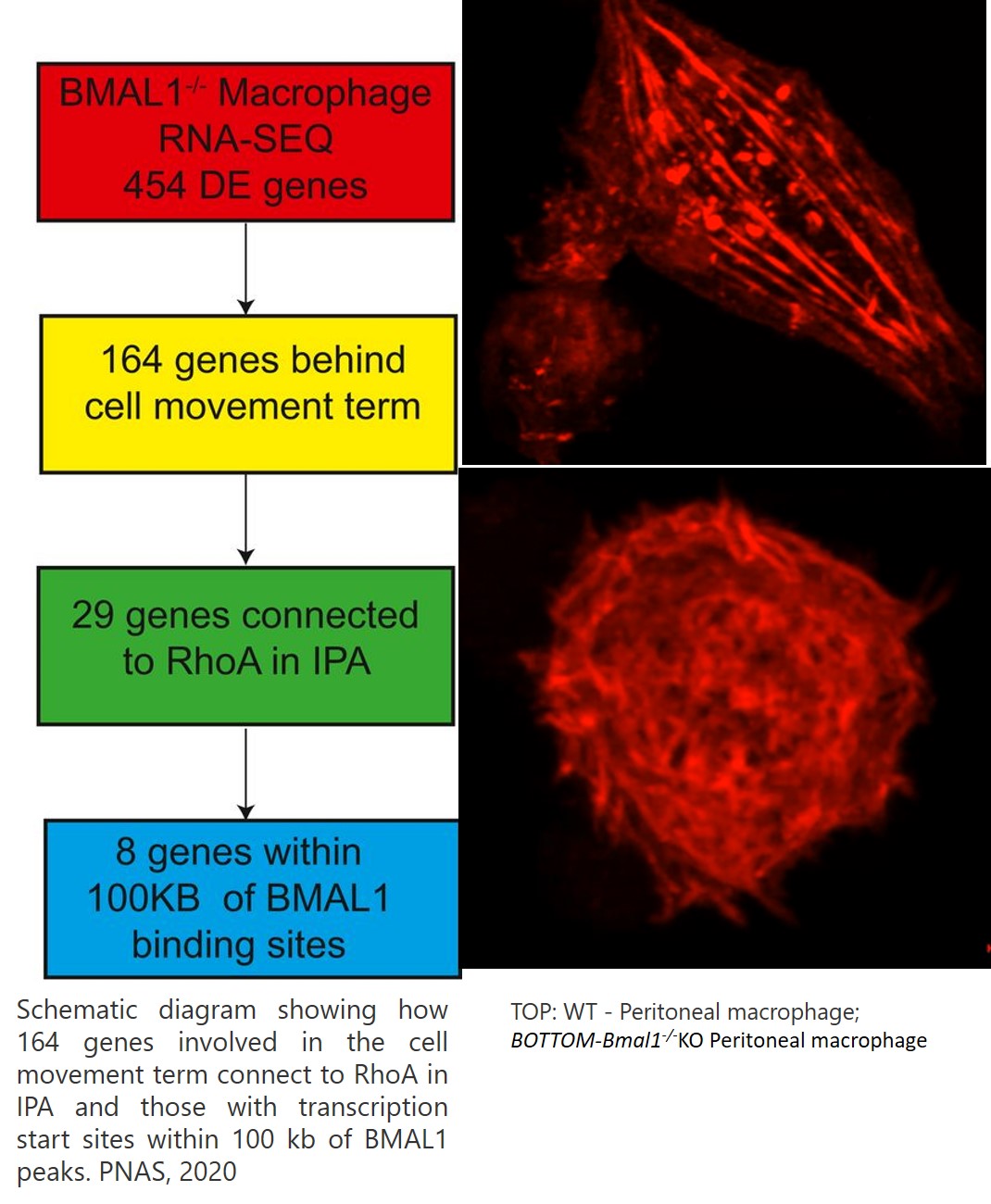 Most living things have an internal body clock which regulates when they sleep and when they wake up. A complex set of genes turning on and off, make this body clock run over roughly 24 hours, and a gene known by the acronym BMAL1 is one of the master regulators of this clock, controlling many other body clock genes and pathways.

The internal body clock being out of alignment with the environment is why we get jet lag, but more recently, scientists have also found that the body clock affects immunity too.

"We've previously found that the mice were worse at fighting off the pneumococcal bacteria that cause pneumonia when they got infected during the day, compared to infection at night," said said the lead author of the study. "But we had no idea how this was happening."

To find out how the body clock might be influencing the body's infection fighting cells, the authors genetically engineered mice so that they didn't have the BMAL1 clock gene.

"We were really surprised to find that these mice, which had no clock in a set of immune cells, were more resistant to bacterial pneumonia,' said the senior author. 'Almost everything we've learnt about the body clock so far, whether it's studies in shift workers or experiments in mice, says that disrupting the body clock makes people and animals more likely to get ill, not less."

To find out what was making these mice pneumonia-resistant, the team focussed on a key immune cell, known as a macrophage. Macrophages are specialised cells in blood and tissue that detect, engulf and ultimately destroy bacteria and other harmful organisms that enter the body.

The researchers found that deleting the BMAL1 gene in the macrophages supercharged them, making them more mobile, and better able to engulf and destroy bacteria, both in a petri-dish, and inside the mice. The clock gene deletion set of a cascade of changes which ultimately triggered a switch which made the macrophages 'skeleton' (made up of a protein called actin) less rigid, making it easier for the cells to move and engulf bacteria.

When the researchers blocked the actin skeleton change, the macrophages were no longer supercharged, even with their clock genes deleted. This shows that it is the strengthening of the cells' actin skeleton that was making them more effective.

What's more, it was only the BMAL1 clock gene which controlled the actin cell skeleton switch in macrophages - the researchers found that deleting other body clock genes did not have the same effect.

"As we enter an era of bacterial resistance to antibiotics, it is becoming more and more important to understand how our innate immunity works," said the senior author. "We might be able to use some of the drugs currently being tested to change the body clock to supercharge macrophages, but our body clocks are also affected by things like when we sleep and eat."

"In the future, doctors may change the time that vulnerable patients are offered meals or go to sleep, so that the patients' body clocks boost rather than hinder their innate immunity when they most likely to be exposed to infection."

The research team are now working out how to make immune cells more effective to help treat infections.