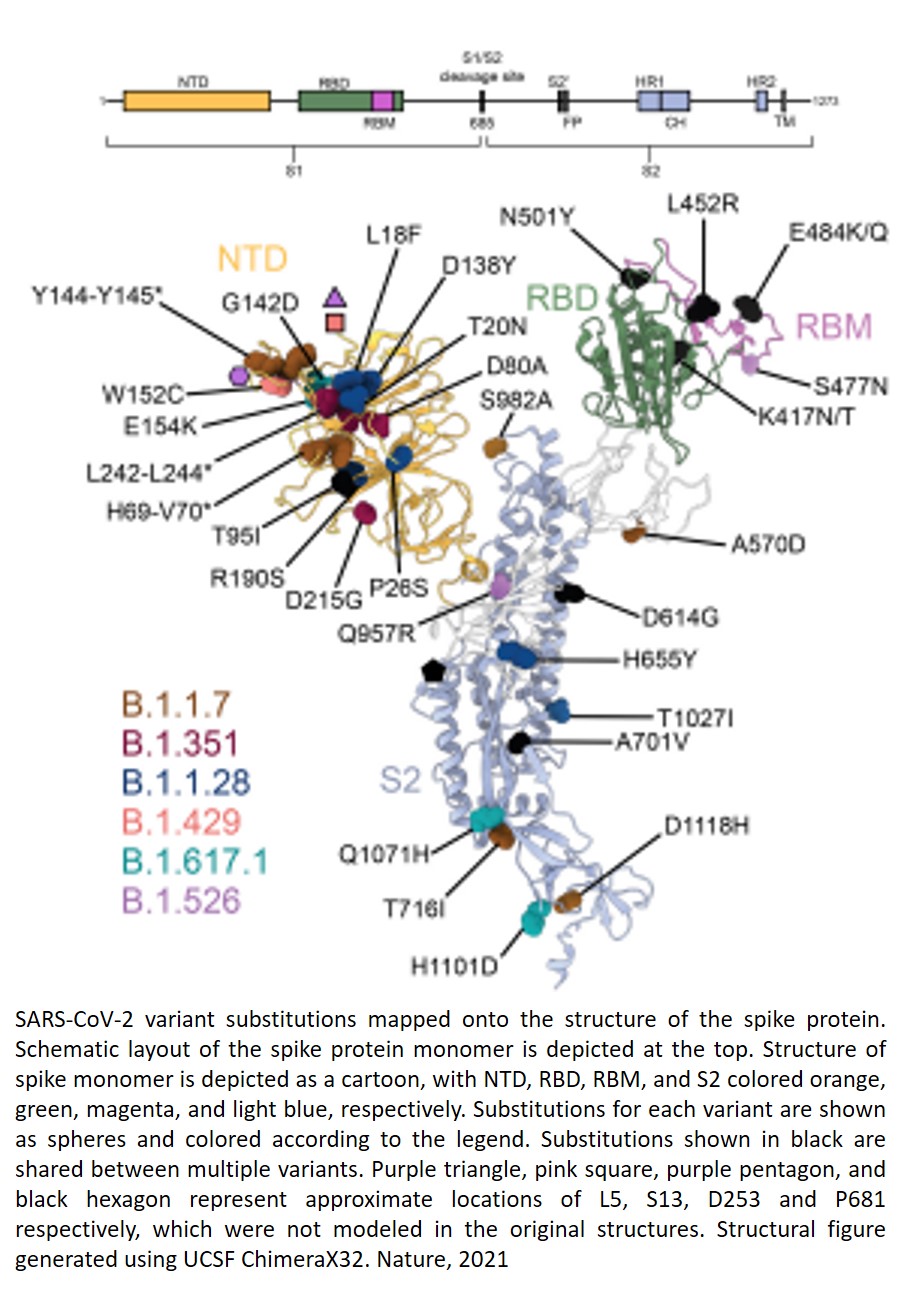 OVID-19 therapies made from antibodies often are given to patients who are at high risk of severe illness and hospitalization. However, there have been nagging questions about whether such antibody therapies retain their effectiveness as worrisome new virus variants arise.

New research suggests that many, but not all, therapies made from combinations of two antibodies are effective against a wide range of variants of the virus. Further, combination therapies appear to prevent the emergence of drug resistance.

The study, in mice and hamsters, tested all single and combination antibody-based therapies authorized for emergency use by the Food and Drug Administration (FDA), or that are being evaluated in late-stage clinical trials, against a panel of emerging international and U.S. variants of SARS-CoV-2, the virus that causes COVID-19.

The findings, published in the journal Nature, suggest that COVID-19 drugs made of two antibodies often retain potency as a therapy against variants even when in vitro studies -- experiments conducted in a dish -- indicate that one of the two antibodies has lost some or all ability to neutralize the variant.

"We knew how these antibodies were behaving in vitro, but we don't give people drugs based solely on cell culture data," said senior author. "When we looked in animals, there were some surprises. Some of the combinations performed better than we thought they would, based on in vitro data. And there was no drug resistance to combinations whatsoever, across all of the different variants. We're going to have to continue to monitor the effectiveness of antibody therapy as more variants arise, but combination therapy is likely needed for treating infections with this virus as more variants emerge."

So-called monoclonal antibodies mimic those generated by the body to fight off the virus that causes COVID-19. Administration of antibody therapies bypasses the body's slower and sometimes less effective process of making its own antibodies. At the time this study began, there were two dual-antibody combination therapies and a single antibody therapy authorized by the FDA for emergency use. The FDA withdrew authorization for the single antibody therapy, bamlanivimab, in April on the grounds that it was not effective against the variants circulating at that time. In May, the FDA authorized the single antibody sotrovimab as a treatment for COVID-19.

In all, the researchers evaluated antibodies corresponding to the FDA-authorized ones made by Eli Lilly and Co., Regeneron and Vir Biotechnology/GlaxoSmithKline, as well as the antibodies currently under development by AbbVie, Vir and AstraZeneca that are in clinical trials.

The researchers tested the antibodies against a panel of virus variants containing key mutations in their spike genes. The SARS-CoV-2 virus uses spike protein to invade cells. All monoclonal antibody-based COVID-19 therapies work by interfering with the interaction between spike protein and cells.

The panel included mutations found in three of the four variants that have been designated "variants of concern" by the World Health Organization -- Alpha (first identified in the United Kingdom), Beta (South Africa) and Gamma (Brazil) -- as well as an emerging variant from India similar to the Delta variant of concern. They also tested variants from New York and California. The researchers used a mix of virus samples originally obtained from people with COVID-19 and laboratory strains genetically engineered to contain key mutations.

The researchers evaluated the antibodies in hamsters and two strains of mice. The researchers first gave the animals antibodies -- singly or in the same combinations in which they are given to treat patients -- a day before infecting them with one of the virus variants. The researchers monitored the animals' weight for six days and then measured the amount of virus in their noses, lungs and other parts of the body.

Although some single antibodies showed reduced or no ability to neutralize virus variants in a dish, low doses of most of the antibody combinations protected against disease caused by many of the variants. The researchers sequenced viral samples from the animals and found no evidence of drug resistance in viruses from any of the animals that had been treated with combination therapies.

"Dual therapy seemed to prevent the emergence of resistant viruses," said co-author. "Resistance arose with some of the monotherapies, but never with combination therapy."

Since antibody-based COVID-19 therapies primarily are used to treat people who already are infected, the researchers also evaluated how well the antibody combinations performed when given after infection with the Beta variant. The Beta variant was chosen because it has been shown to be most likely to escape neutralization in laboratory-based experiments and has the most resistance to COVID-19 vaccines. The antibody cocktails corresponding to those from AstraZeneca, Regeneron and Vir were all effective at reducing disease caused by the Gamma variant; the one from AbbVie only was partially protective, and the one from Lilly showed no efficacy at all.

"It's going to be useful going forward to understand how these monoclonal antibodies are going to behave as variants continue to emerge," said the author. "We need to think about and generate combinations of antibodies to preserve our ability to treat this disease. And we'll need to monitor for resistance -- although, in my opinion, the use of specific combinations will make this less of an issue."