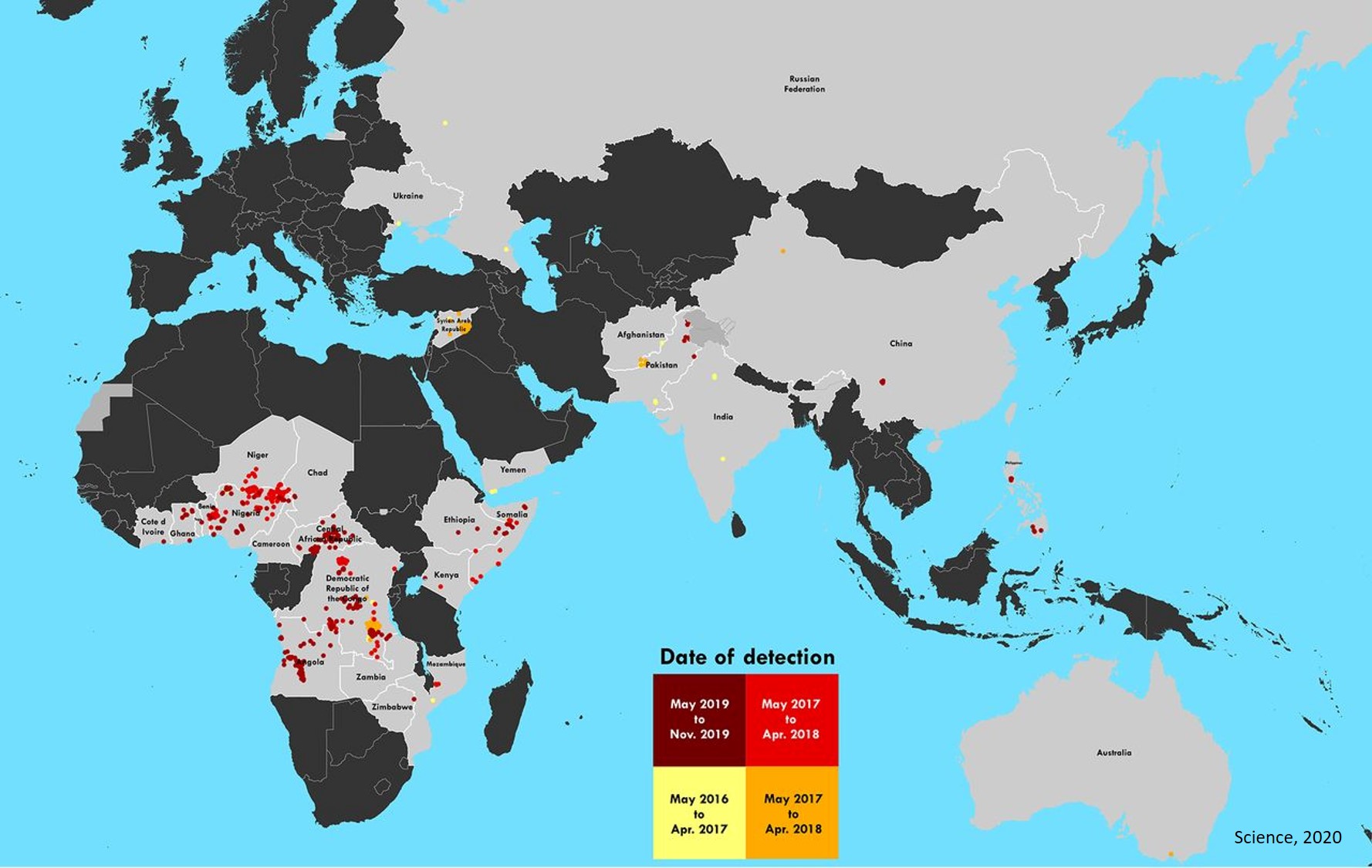 A novel serotype 2 oral poliovirus vaccine - and complete removal of the current formulation (OPV2) - is urgently needed, a new statistical modeling study suggests. Its results demonstrate that, despite the withdrawal of OPV2 in 2016, the aftereffects of its administration continue to contribute to the highest number of vaccine-derived poliovirus outbreaks and transmission rates to date.

The novel OPV2 will be more genetically stable than the last and is currently in phase II clinical trials, but in case the formulation takes too long or lacks efficacy, back-up strategies are necessary, the authors add.

The re-emergence of paralytic polio caused by mutated poliovirus derived from the OPV2 has been a major obstacle to achieving polio eradication across the world, leading to the withdrawal of OPV2 in April 2016 - commonly referred to as "the Switch." However, cases of vaccine-derived poliovirus have since been reported across several continents, posing a threat to unvaccinated children born after the Switch.

For now, vaccination with OPV2 is the only available method to induce immunity and prevent transmission. But further use of OPV2 risks seeding more of the mutated poliovirus. What's more, the authors now show the probability of new vaccine-derived poliovirus outbreaks and person-to-person transmission is increasing over time. They ran statistical models on data from acute polio paralysis cases obtained through the Global Polio Laboratory Network (GPLN).

They determined the rate of viral mutation (one nucleotide change observed after approximately 35 days) and estimated that the vaccine-derived virus emerged between May 2016 and November 2019. Between these dates, GPLN had detected 859 isolates of the vaccine-derived virus across 26 countries - of which 65.5% were most likely seeded after the Switch, the researchers calculated.

They identified 62 post-Switch transmittable vaccine-derived poliovirus events and 41 outbreaks in various African and Asian countries. Shortly after the first outbreaks, OPV2 was rolled out again, causing 21 of the total 41 outbreaks between 2016 and 2019. Based on their findings, it's clear OPV2 removal is essential to seize the spread of paralytic polio, the authors say.