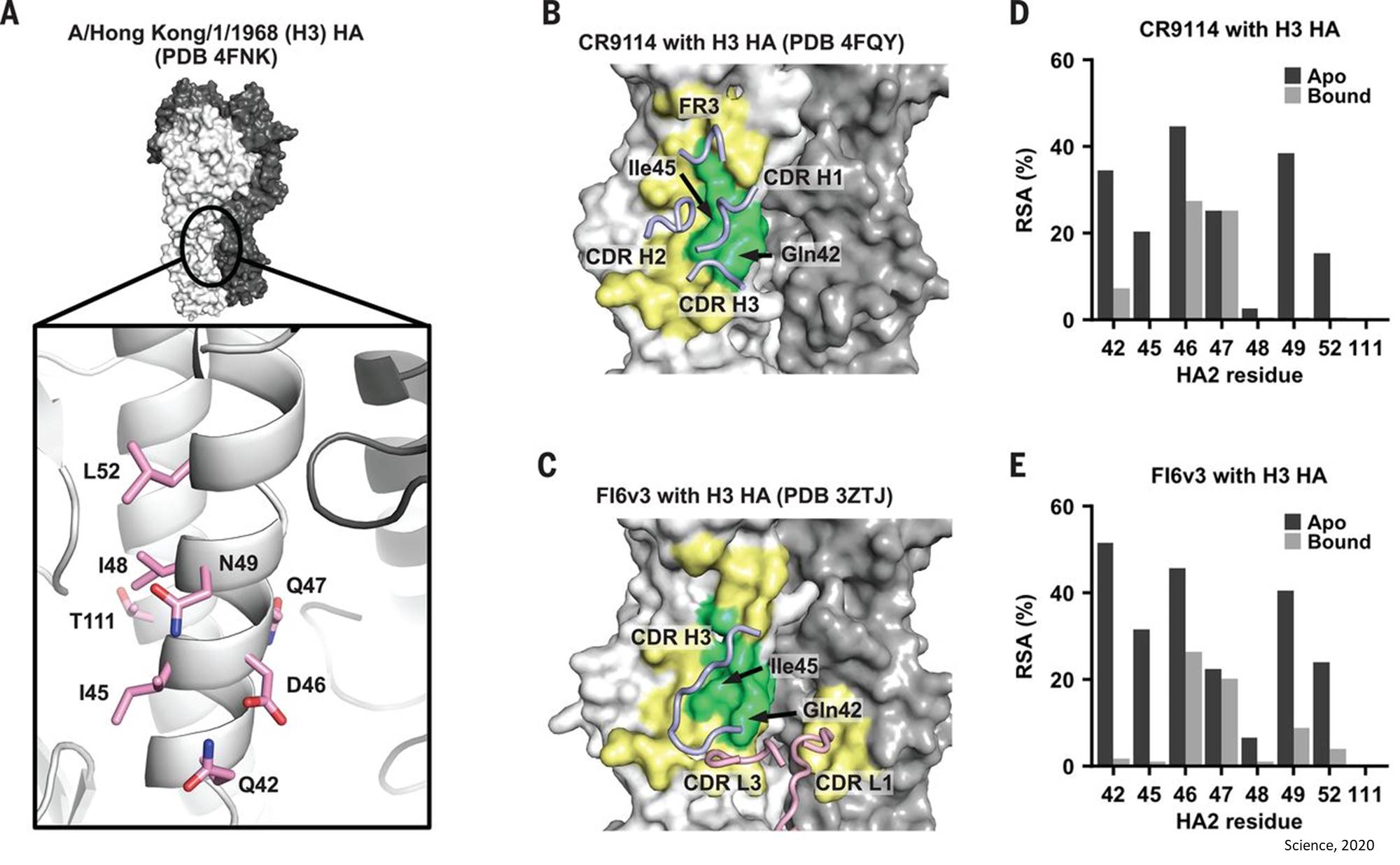 Some common strains of influenza have the potential to mutate to evade broad-acting antibodies that could be elicited by a universal flu vaccine, according to a study led by scientists.

The findings highlight the challenges involved in designing such a vaccine, and should be useful in guiding its development.

In the study, published in Science, the researchers found evidence that one of the most common flu subtypes, H3N2, can mutate relatively easily to escape two antibodies that were thought to block nearly all flu strains. Yet they found that it is much more difficult for another common subtype, H1N1, to escape from the same broadly neutralizing antibodies.

One of the main goals of current influenza research is to develop a universal vaccine that induces broadly neutralizing antibodies, also known as "bnAbs," to give people long-term protection from the flu.

"These results show that in designing a universal flu vaccine or a universal flu treatment using bnAbs, we need to figure out how to make it more difficult for the virus to escape via resistance mutations," says the study's senior author.

Influenza causes millions of cases of illness around the world every year and at least several hundred thousand fatalities. Flu viruses have long posed a challenge for vaccine designers because they can mutate rapidly and vary considerably from strain to strain.

The mix of strains circulating in the population tends to change every flu season, and existing flu vaccines can induce immunity against only a narrow range of recently circulating strains. Thus, current vaccines provide only partial and temporary, season-by-season protection.

Nevertheless, scientists have been working toward developing a universal flu vaccine that could provide long-term protection by inducing an immune response that includes bnAbs. Over the past decade, several research groups, have discovered these multi-strain neutralizing antibodies in recovering flu patients, and have analyzed their properties. But to what extent circulating flu viruses can simply mutate to escape these bnAbs has not been fully explored.

In the study, the team examined whether an H3N2 flu virus could escape neutralization by two of the more promising flu bnAbs that have been discovered so far.

Known as CR9114 and FI6v3, these antibodies bind to a critical region on the virus structure called the hemagglutinin stem, which doesn't vary much from strain to strain. Because of their broad activity against different flu strains, they've been envisioned as antibodies that a universal flu vaccine should be designed to elicit, and also as ingredients in a future therapy to treat serious flu infections.

Using genetic mutations to methodically alter one amino acid building-block of the protein after another at the stem site where the bnAbs bind, the authors found many single and double mutations that can allow H3N2 flu to escape the antibodies' infection-blocking effect.

The team also found a few instances of these "resistance mutations" in a database of gene sequences from circulating flu strains, suggesting that the mutations already happen occasionally in a small subset of ordinary flu viruses.

Although experiments and analyses suggested that H3N2 viruses are broadly capable of developing resistance mutations, the same was not true for H1N1 viruses. The researchers tested several H1N1 viruses and found that none seemed able to mutate and escape, except for rare mutations with weak escape effects. The H3N2 and H1N1 subtypes account for most of the flu strains circulating in humans.

The researchers now plan to conduct similar studies with other flu subtypes and bnAbs. They say that in principle, a vaccine eliciting multiple bnAbs that attack different sites on flu viruses or are more accommodating to changes in the virus could help mitigate the problem of resistance mutations.