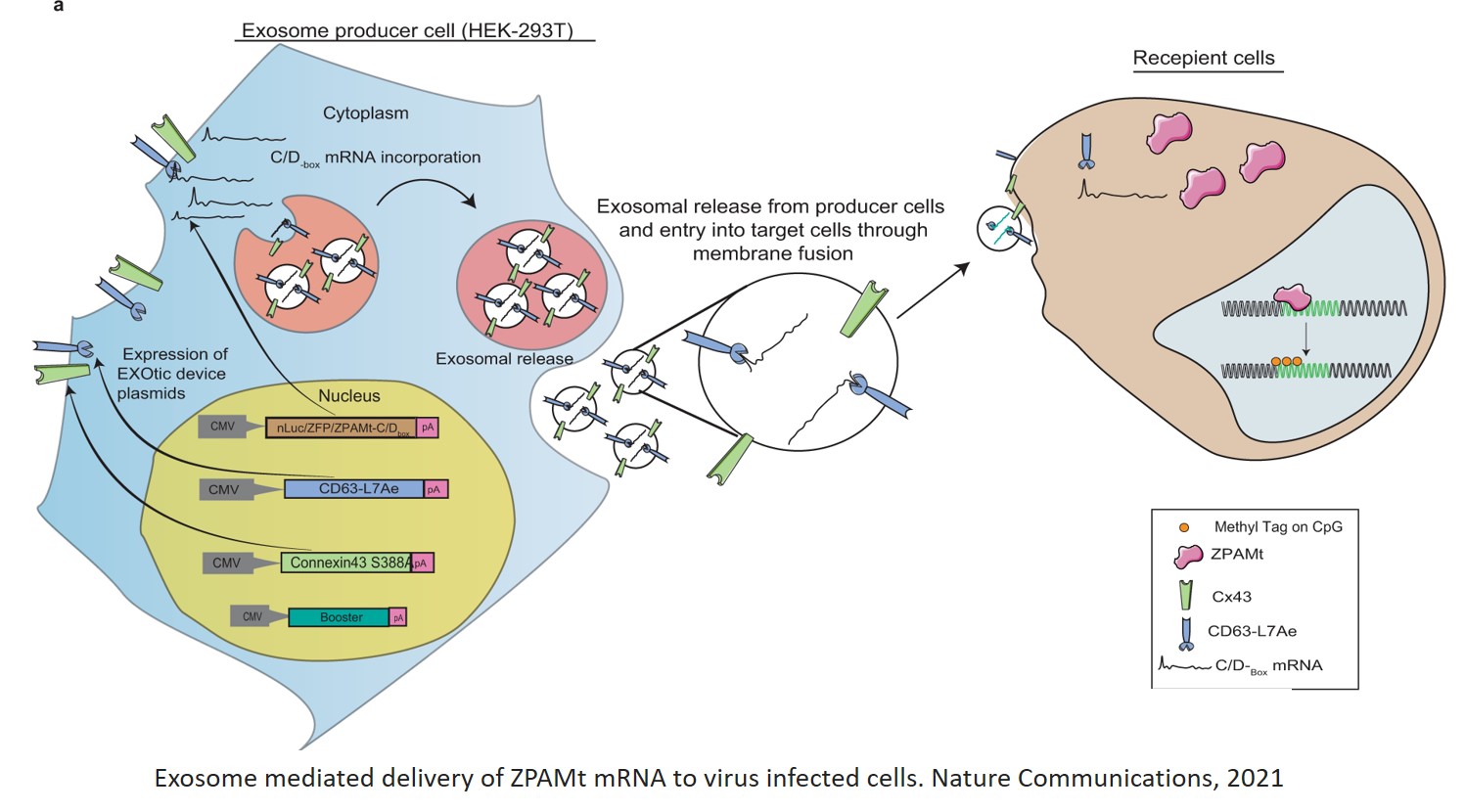 In a new study researchers used exosomes, tiny nanoparticles capable of being taken up by cells, to deliver novel protein into the cells of mice infected with HIV. The protein attached to HIVs’ genetic material and prevented it from replicating, resulting in reduced levels of HIV in the bone marrow, spleen, and brain. The study published in Nature Communications, paves the way for the development of novel delivery systems for suppressing HIV.

“These results demonstrate the potential of exosome engineering for delivering epigenetics-based therapeutics capable of silencing HIV gene expression into brain tissues—an area where HIV has traditionally been able to hide from HIV treatments,” said the senior author.
.
HIV attacks the immune system by infecting a type of white blood cell in the body that is vital to fighting off infection. Without treatment, HIV can destroy these white blood cells, reducing the body’s ability to mount an immune response—eventually resulting in AIDS. Although researchers have been working to develop new therapies to treat and cure HIV and AIDS, this quest is challenging for many reasons. One reason is that HIV can enter a dormant-like state, hiding in the body and evading treatments, only to reactivate at a later date. HIV hiding in the brain is particularly difficult to access, as the blood-brain barrier often prevents treatments from entering into those tissues.

One avenue the researchers have been pursuing in their efforts to try to cure HIV is what is sometimes called a “block and lock” approach, particularly for targeting HIV in the brain. This method attempts to block the virus’ ability to replicate itself and lock it in its dormant state.

The researchers use exosomes, tiny nanoparticles capable of being taken up by cells, to deliver a novel recombinant anti-HIV protein, called ZPAMt, into cells infected with HIV. The ZPAMt protein was designed by researchers to attach to a region of the virus called LTR that is critical for virus replication. The protein has an epigenetic marker in it that changes the way HIVs’ genetic information is expressed, suppressing it, and making the virus unable to divide and multiply. The exosomes are able to cross the blood brain barrier and enter into the brain making this treatment capable of targeting this hard-to-reach organ.

When researchers administered this exosome-based treatment to mice infected with HIV, they found that the exosome-delivered protein was capable of silencing the HIV-infected cells and that the HIV-infected mice showed suppression of HIV expression in the bone marrow, spleen, and brain.

“This exciting body of work demonstrates we can deliver therapeutic payloads to HIV-infected cells systemically using exosomes. This is an innovative technology that could be a future delivery method for use not only in HIV but also for treating various other diseases of the brain such as Parkinson’s, Alzheimer’s, and addiction,” said the author.

These findings demonstrate that exosomes can be used to deliver proteins into HIV-infected cells in the body—including the hard-to-reach brain—to silence replication of HIV.  In the future, the researchers hope to continue their work by using exosomes to deliver gene-excision machinery capable of cutting the HIV out of the genome of infected people.

In addition, they plan to study the use of exosomes to deliver treatments that can assist anti-HIV CAR T-cells in killing HIV-infected cells. Ultimately, the researchers hope to expand the use of exosomes beyond HIV—for instance, to target and control factors associated with drug addiction.