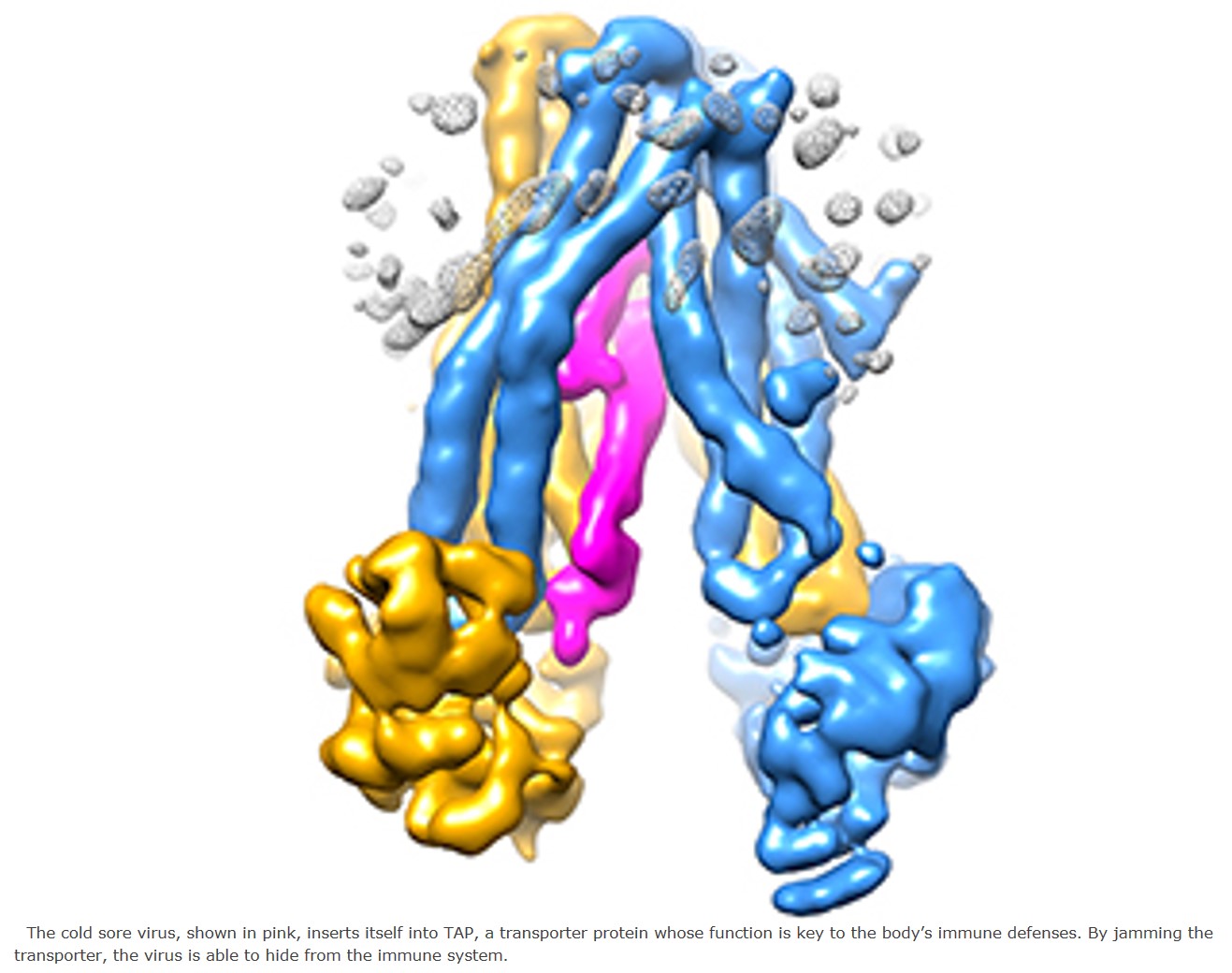 When a virus enters the body, it gets chewed up inside cells, and little pieces end up stuck to the outside of the cell. “These pieces act like a barcode to immune cells, which sense that a pathogen is present, and attack,” says first author of the paper.

One piece of the machinery involved in getting bits of virus to the cell’s surface is a protein called TAP. It’s a transporter that acts as a bridge to move the virus pieces across the membrane of the endoplasmic reticulum, a structure within the cell that packages the virus bits. From here they move to the cell’s surface, alerting immune cells to the virus’s presence.

TAP is a member of a family of transporters that are found across human cells, a number of which pump molecules like nutrients and drugs across membranes to various cellular compartments. These transporters often pump chemotherapy drugs out of the compartments they are needed in, rendering the drugs useless. Inhibiting these transporters for a short period of time could allow the chemotherapy to stay where it’s needed and function effectively.

The researchers used a technique known as cryo-electron microscopy, in which the purified protein is frozen in a thin layer of ice. This stabilizes the sample, allowing scientists to retrieve data and computationally determine the structure. They have captured atomic images of the virus in action, revealing how it inserts itself into another protein to cause a traffic jam in an important immune system pathway. The findings were published in the journal Nature.

“We knew that TAP was involved in our inability to have an effective immune response to this virus, but no one really knew what TAP looks like, or how it works,” says Chen. “Our findings show exactly how this viral protein jams TAP, which has two effects. One, it precludes the regular protein from binding. Two, it makes the transporter stuck in this conformation.”