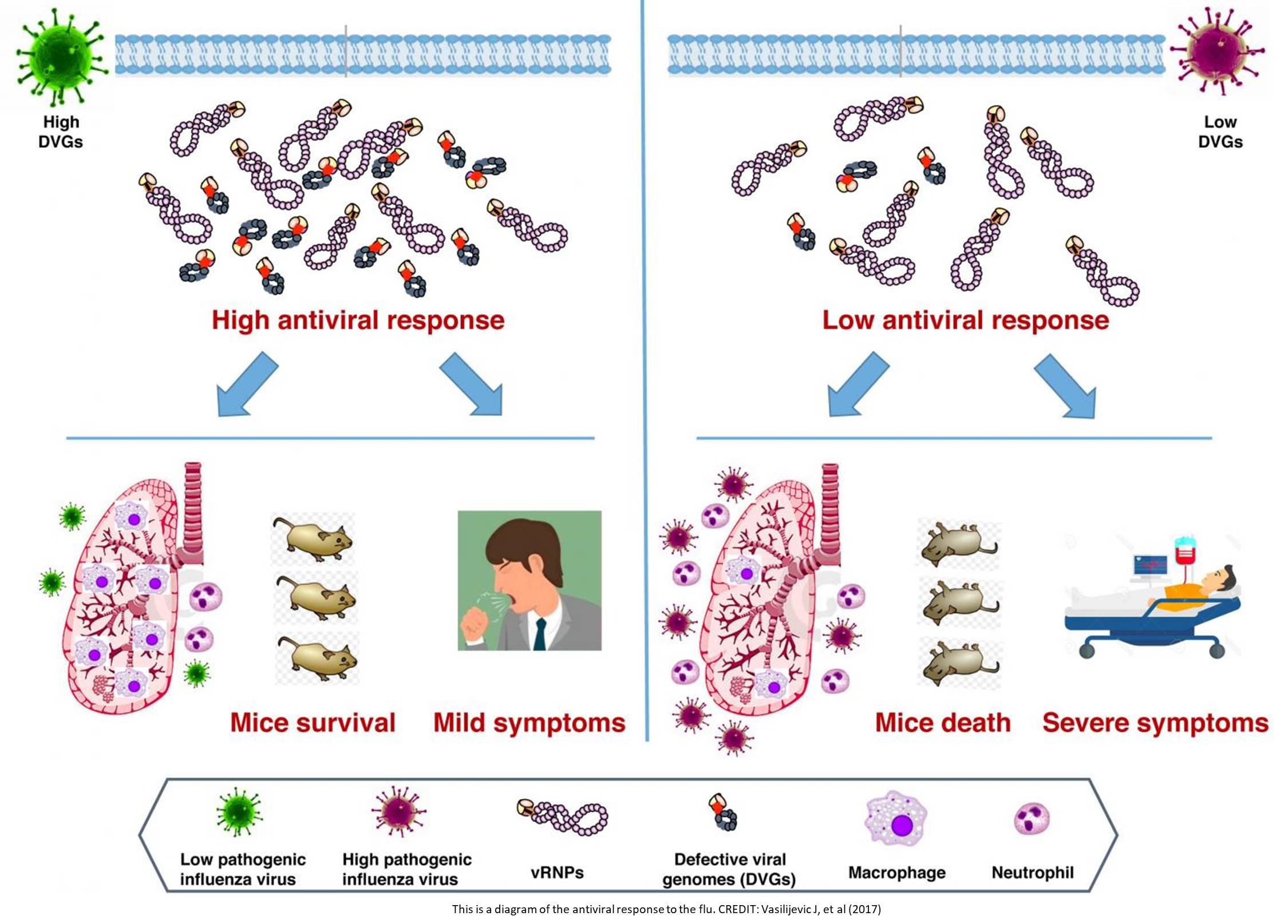 Influenza is particularly dangerous for infants, the elderly, and people with underlying medical issues, but otherwise-healthy people sometimes experience severe infection, too. This suggests that, among the multiple strains that circulate yearly, some are more virulent than others. Markers of severity have been found for specific strains, but a general marker that applies to multiple strains would be more useful to inform treatment and policy.

To identify such a marker, researcehrs focused on defective viral genomes (DVGs). These molecules, which consist of pieces of viral RNA with missing genetic information, are found in multiple strains of flu virus. Previous research suggests that DVGs activate the immune system in infected animals, and thus might restrict severity.

To test whether DVGs could serve as a general marker of flu severity, the researchers infected both mice and human tissue cell cultures with different strains of influenza A H1N1 virus--the subtype responsible for flu pandemics. They found that strains resulting in lower levels of DVG accumulation in the cell cultures also produced more severe infection in the mice.

The research team also analyzed the genomes of viruses isolated from respiratory samples taken from people who experienced severe infection or death during the 2009 "swine flu" pandemic or later "swine flu-like" seasons. They found that the H1N1 strain that caused severe symptoms had significantly less DVG accumulation than influenza A strains sampled from people who experienced only mild symptoms.

Together, these results suggest that low levels of DVGs may indicate greater risk of severe disease in patients infected with influenza A virus. With further research, these findings could help predict flu severity, guide patient treatment, and inform flu prevention strategies.

Why baby's sex may influence risk of pregnancy-related complicatations

Is sleep an antioxidant?