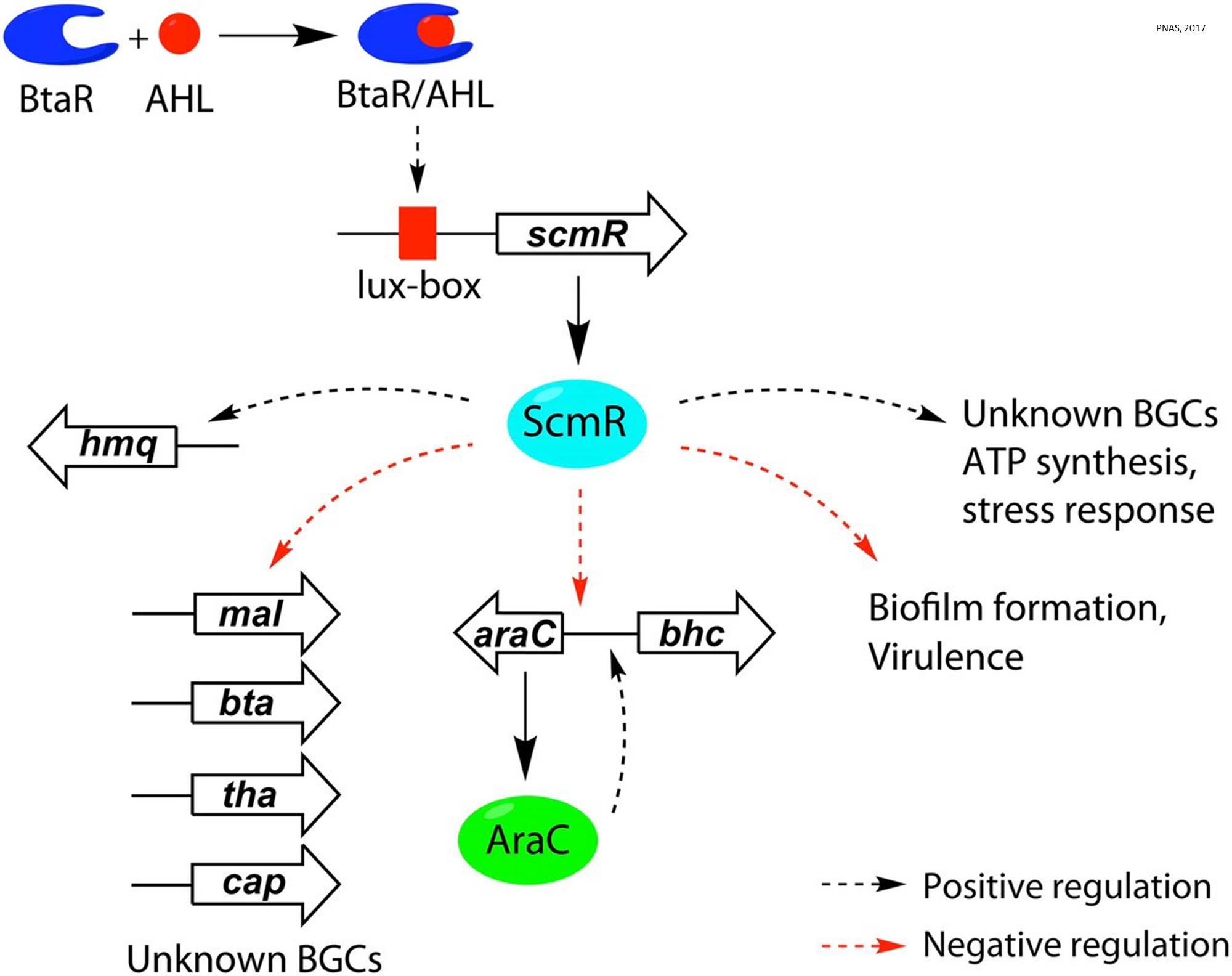 Natural products are generated by portions of the bacterial genome called biosynthetic gene clusters. The majority of these clusters are silent, meaning they don't make any compounds, but they represent intriguing targets to activate and mine for possible new drugs. While previous efforts focused on individual clusters, scientists at Princeton University have discovered a global regulator in the model bacterium Burkholderia thailandensis that 'switches on' lots of silent clusters at once.

"Natural product regulation and ecological function usually take a backseat to application," said corresponding author on the study published in the Proceedings of the National Academies of Sciences. "We use penicillin as an antibiotic but we really don't know why microbes make it."

Studying the regulation of natural product biosynthesis, the team found that a LysR-type transcriptional regulator called scmR acts as a global gatekeeper for expression of gene clusters. They demonstrated the regulator's powers of suppression by deleting it from the bacterium's genome and observed a surge in the release of new products by 13 out of 20 of B. thailandensis' biosynthetic gene clusters.

One of the silent gene clusters that was switched gave rise to malleilactone, a compound that has been reported to be toxic to worms. To test the potency of these anti-parasitic compounds and the ability of the scmR-deleted mutant to overproduce it, researchers co-incubated live worms and the scmR mutant on agar plates. Authors were surprised at the levels and potency of the released compounds, killing the worms within 30 minutes of exposure. "The worms were dying almost faster than I could pick and count them," author said.

The team not only uncovered the global regulator that silences biosynthetic gene clusters but also the pathways it interacts with to do so. They found that the regulator's suppressing abilities were activated by quorum sensing, which had never before been seen. It meant that the more cells that are present the more the gene clusters are silenced.

The researchers found evidence that the regulator was also involved in other quorum sensing processes including virulence and biofilm formation. Though further investigation is needed, senior author said, the regulator, which is widespread in Burkholderia, could be a promising target in human pathogens to abolish their ability to turn on virulence pathways.

To expand on their findings, the team proposes to develop a screen to detect other regulators that have a global effect on a bacterium's ability to make natural products and that could be eliminated genetically to release molecules of interest. "Knocking out these suppressors could be a really attractive strategy in the future," senior author said.