Microbiome and plant-based diet may protect against multiple sclerosis 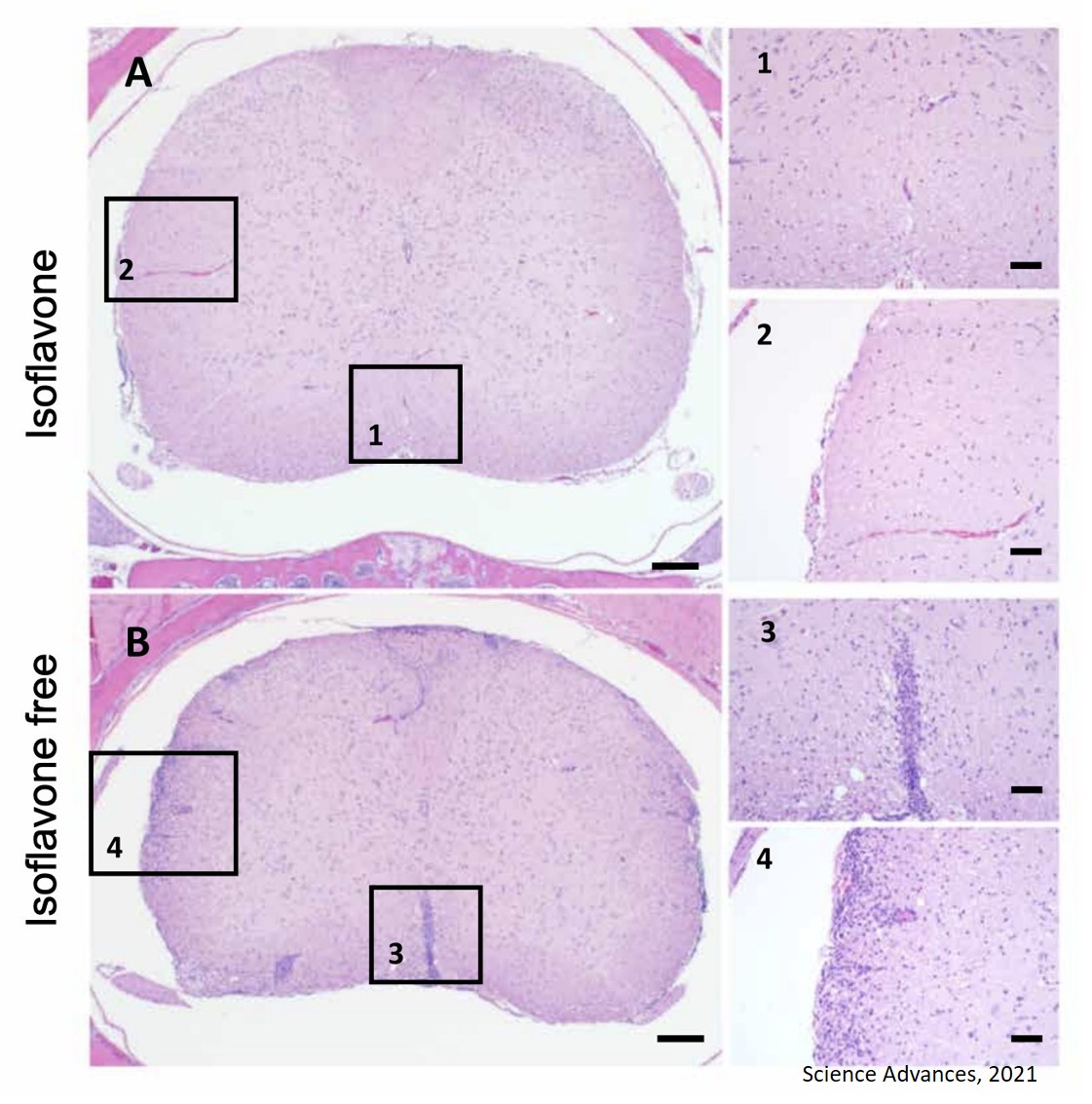 A new study suggests that metabolism of plant-based dietary substances by specific gut bacteria, which are lacking in patients with multiple sclerosis (MS), may provide protection against the disease.

The study shows that a diet rich in isoflavone, a phytoestrogen or plant-based compound that resembles estrogen, protects against multiple sclerosis-like symptoms in a mouse model of the disease. Importantly, the isoflavone diet was only protective when the mice had gut microbes capable of breaking down the isoflavones. The findings were published in Science Advances.

"Interestingly, previous human studies have demonstrated that patients with multiple sclerosis lack these bacteria compared to individuals without MS," the author says. "Our new study provides evidence that the combination of dietary isoflavones and these isoflavone metabolizing gut bacteria may serve as a potential treatment for MS."

Multiple sclerosis is an autoimmune disease of the brain and spinal cord where the immune system attacks the protective coating surrounding nerve fibers. The symptoms of this disease include muscles weakness, balance issues, and problems with vision and thinking. While there are treatments that slow down the disease, there is currently no cure for MS.

Although the exact cause of MS is unknown, a complex interaction between genetic and environmental factors are thought to initiate the disease. Recently, the gut microbiome--the trillions of gut bacteria the live inside human intestines--has emerged as a potential environmental factor that contributes to MS. In prior work, by the authors demonstrated that there are significant differences between the gut microbes of patients with MS and people without MS. Specifically, patients with MS lacked bacteria that are able to metabolize isoflavones. Although role of gut microbiome in human diseases such as MS is being appreciated, the mechanism through which these gut bacteria might influence the disease is poorly understood.

"This study suggests that an isoflavone diet may be protective so long as the isoflavone metabolizing gut bacteria are present in the intestines," say the senior author.