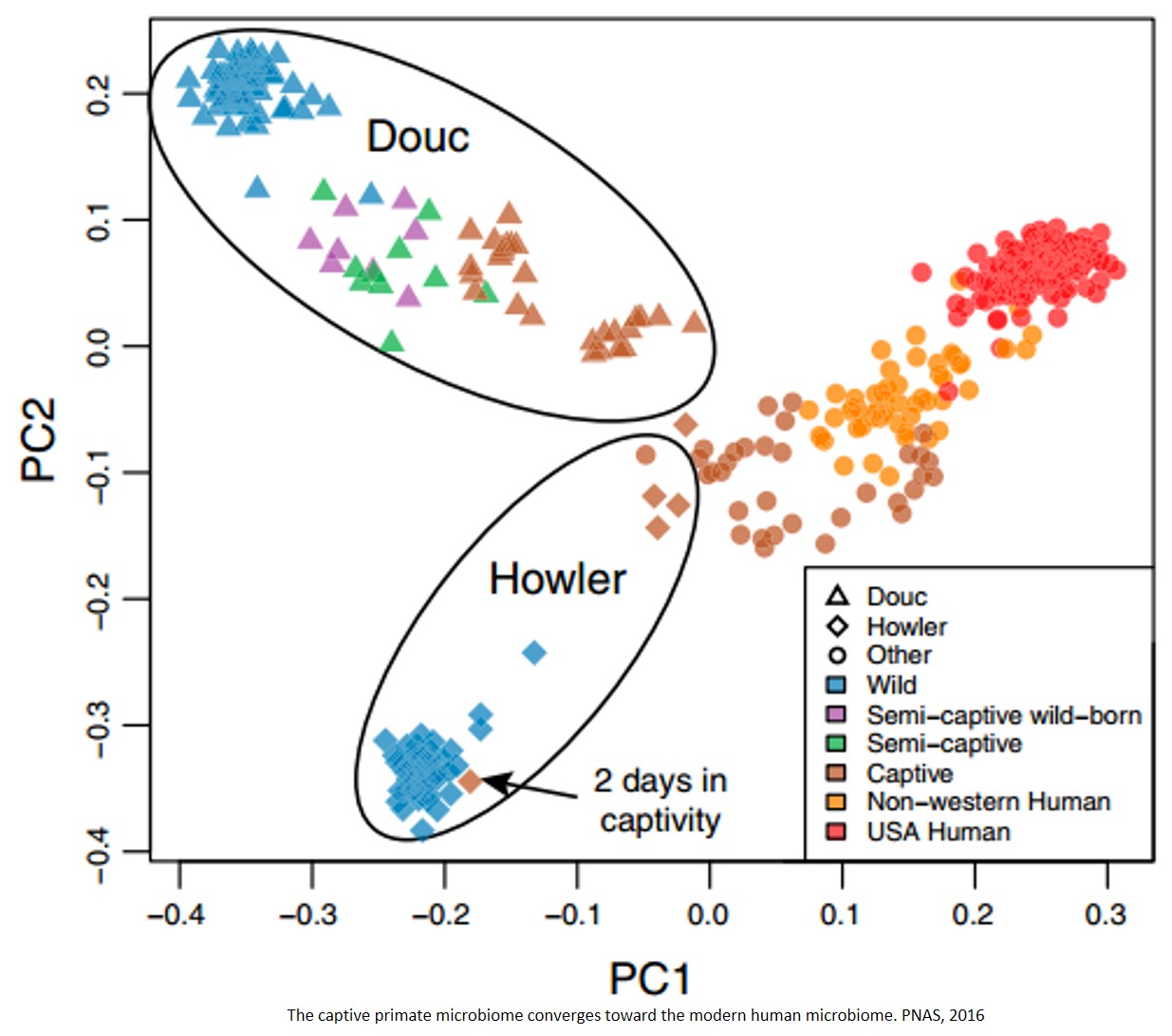 Despite being raised on vastly divergent diets in zoos as far-flung as Southeast Asia and the United States, captive primates, unlike wild-reared individuals, displayed similar gut microbiome compositions to modern humans, including a predominance of Prevotella and Bacteroidesspecies.

Further, microbiome disruption was significantly associated with changes in dietary fiber content, but not with factors such as geographic location and antibiotic use, suggesting that diet largely influences microbiome composition in captive primates.

According to the authors, the findings underscore the link between fiber-rich diets and gut microbiome diversity. Microbes on the skin of mice promote tissue healing, immunity New flu vaccine in the making