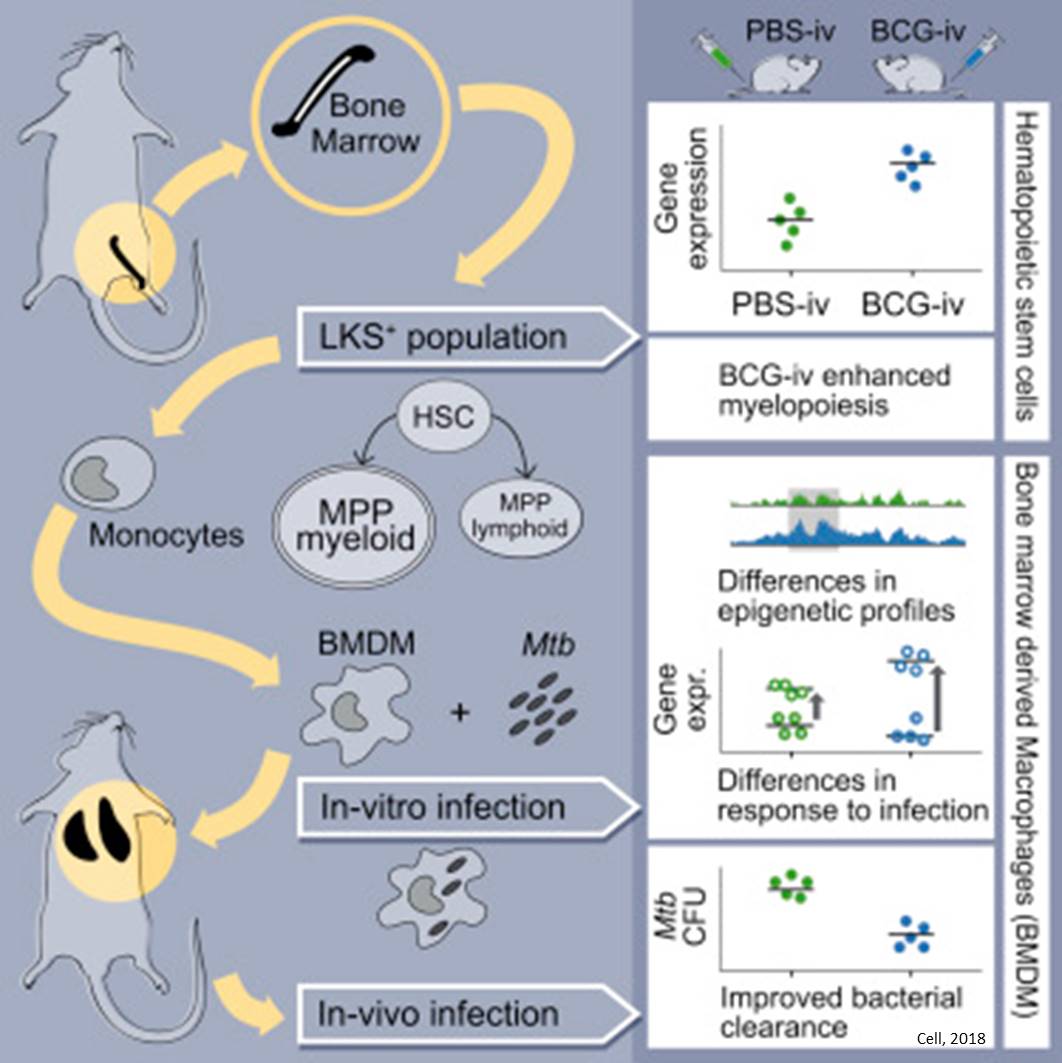 Tuberculosis (TB), an infectious disease which attacks the lungs, claims someone's life every 20 seconds and 1.5 million lives worldwide every year. A cure has eluded scientists for more than a century but, now, a team of researchers may have discovered a new weapon to combat this global killer. The team is re-programing - or 'training' - immune cells to kill TB. These groundbreaking findings are published in the journal Cell.

"The current available BCG-vaccine is not effective. The current antibiotic treatments are toxic and have resulted in generating TB-resistance strains. The antibiotics era is approaching its end; we are in serious trouble with this bug if we don't investigate an alternative approach," says lead corresponding author.

Up until now, efforts in generating a vaccine against TB have been mainly focused on T cells (cells from the adaptive arm of our immune response with memory capacity), with very disappointing outcomes in both pre-clinical as well as clinical trials. Now, the collaborative teams have shown for the first time that when BCG, is administered to mice in a way that enables access to the bone marrow, it can reprogram stem cells. These primitive cells are responsible for generating all immune cells including the innate arm of our immune response, the first line of defense in the war against TB.

The innate system - via stem cells in the bone marrow - mobilizes macrophages, which are a type of white blood cell that swallows and kills invading bacteria like Mycobacterium tuberculosis (Mtb) that causes TB. They are the immune system's first responders.

However, Mtb disarms the killing program of macrophages and uses them as a kind of "sanctuary" to replicate and grow. The team looked at that process and aimed to find out how to boost the TB-killing efficiency of macrophages. With this goal in mind, the team vaccinated mice with BCG and in a series of experiments observed that in the bone marrow BCG was able to reprogram or "educate" the stem cells to proliferate and generate TB slaying macrophages.

"Although we demonstrated that BCG educates stem cells to generate trained immunity, we had no idea about the molecular mechanisms that were involved in this protective pathway," says the senior author.

The collaborative team demonstrated how the protective programs were imprinted and transmitted from stem cells all the way to macrophages. In addition, they identified the genetic imprint of the protective pathways in educated macrophages that were "turned on" to kill the TB pathogen. "It's really about finding different ways to develop better vaccines, ones that will harness the power of macrophages and finally put the body's innate immune memory to use" says the author.

"The current vaccine - BCG - was introduced in 1921 and has failed to control the tuberculosis epidemic. This work will completely re-orient efforts to develop a new vaccine for TB," adds another author.

Although researchers and colleagues are extremely hopeful that this novel approach will generate an effective vaccine against TB and potentially other infectious diseases, senior author added a word of caution. "This is only the tip of the iceberg and further research is clearly required to fully harness the power of stem cells in immunity against infectious diseases."