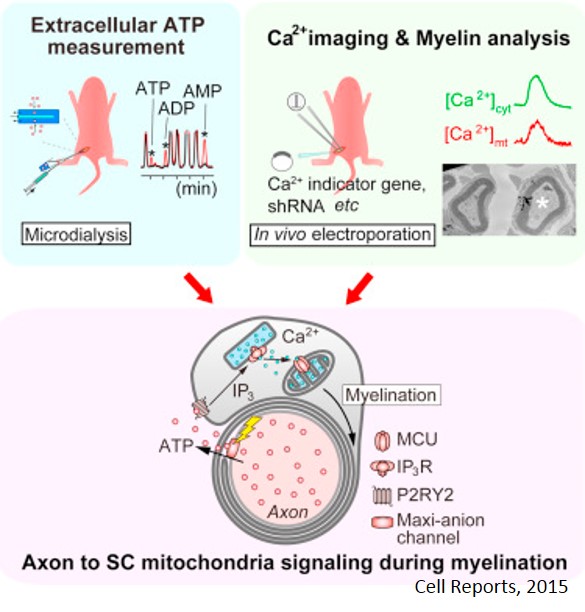 Schwann cells (SCs) myelinate peripheral neurons to promote the rapid conduction of action potentials, and the process of myelination is known to be regulated by signals from axons to SCs.

Indeed, electrical stimulation of sciatic nerves induces Ca2+ increases in the cytosol and the mitochondrial matrix of surrounding SCs via purinergic receptor activation.

Chronic suppression of this pathway during active myelination suppressed the longitudinal and radial development of myelinating SCs and caused hypomyelination.

These results demonstrate a neuron-to-SC mitochondria signaling, which is likely to have an important role in proper myelination.