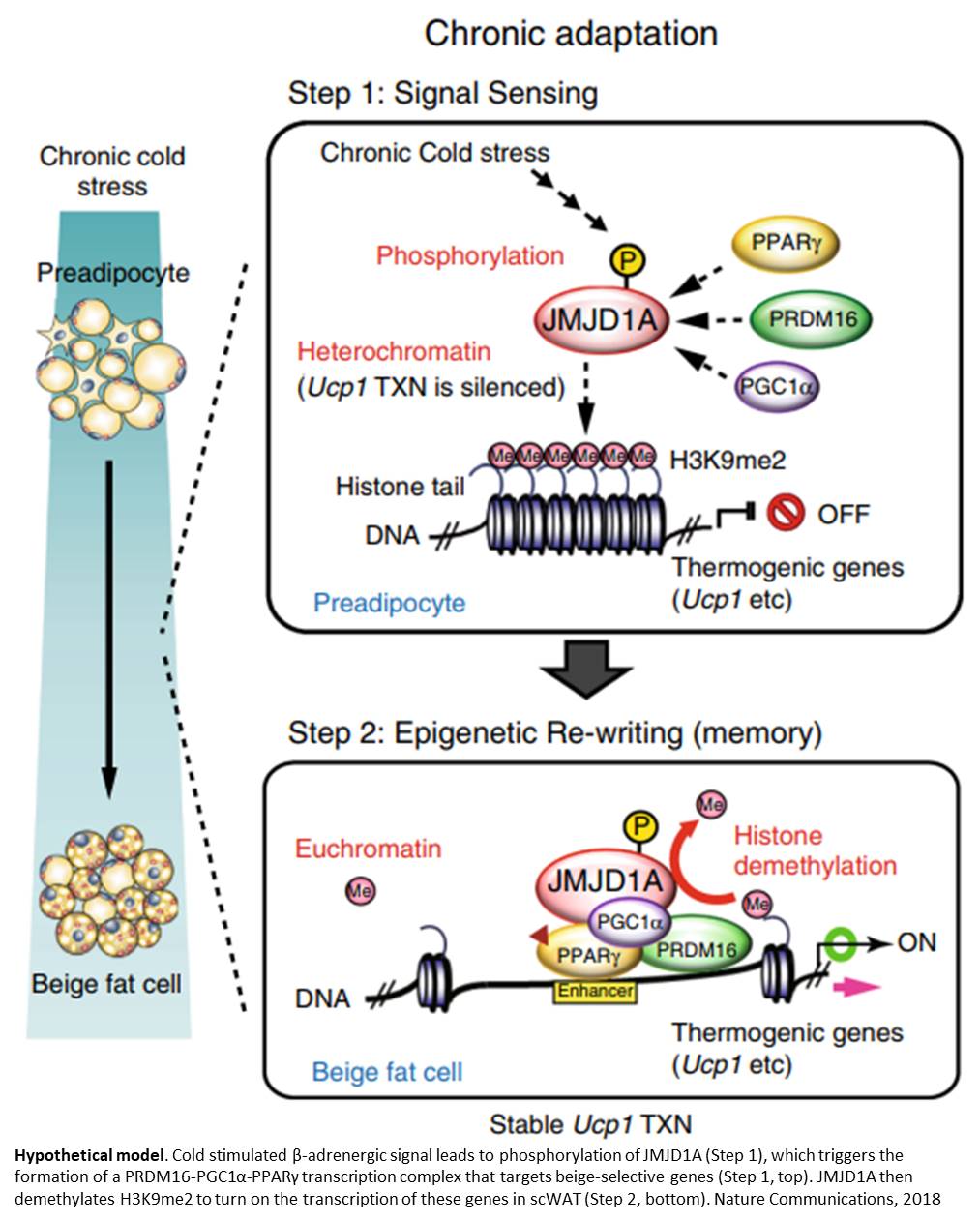 Researchers tracked how the epigenome changes after long-term exposure to cold temperatures, and how those changes cause energy-storing white fat cells to become heat-producing brown-like, or "beige," fat cells.

"We believe that this is the first time that anyone has collected data to prove that there are two steps between the environmental stimuli and epigenetic changes," said the senior author.

Shivering creates body heat short-term by warming up the muscles, but thermogenesis is the chemical process by which brown fat cells can use lipids (fat) to create heat to keep the body warm long-term. Brown fat is regarded as healthier and is not associated with the metabolic diseases linked to excess white fat.

When organisms are cold for a long time, the sympathetic nervous system responds by releasing adrenaline. If cold temperatures persist, those adrenaline signals eventually reach white fat cells. Step one of the environmental epigenetic control pathway is that the cell initiates a specific change (phosphorylation) to one amino acid in a protein named JMJD1A and this altered JMJD1A recruits other proteins. In step two, this JMJD1A protein complex is recruited to genes that initiate thermogenesis and changes their epigenetic pattern (demthylation) so that they are active. Those epigenetic changes transform white fat cells into what researchers refer to as "beige fat cells," which perform thermogenesis like brown fat cells.

Current drugs for metabolic diseases rely on hormones that are systemic throughout the entire body or drugs that target entire proteins. The team imagines a future where metabolic diseases can be treated by targeting single amino acids.

The JMJD1A protein is involved in a wide variety of other processes, including cancer, infertility, stem cell renewal, and sex determination of an embryo. However, the research team has discovered sites within the protein sequence that are extremely specific for controlling different activities of the protein. Manipulating those specific amino acids may provide precision drug targets.

The published study included research using mice and mouse cells. Chronic cold exposure in humans can include living in places that are often below 4oC. In addition to living in cold environments, brown fat thermogenesis is essential for newborn infants anywhere in the world as they acclimatize from the 37oC temperature in the uterus to common room temperature of approximately 23oC.