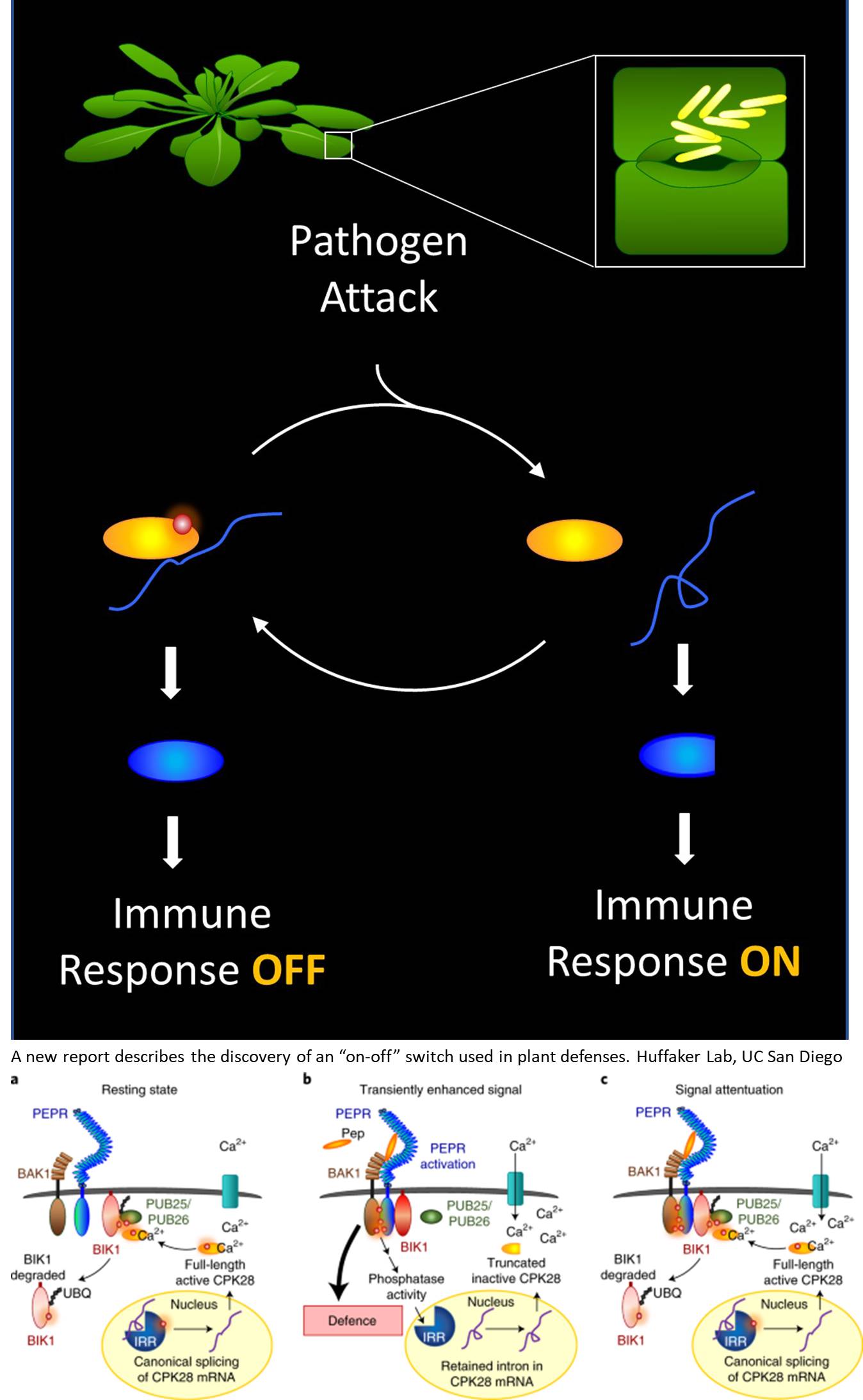 To ensure survival, living organisms are equipped with defensive systems that detect threats and respond with effective counter measures.

Plants are known to mount quick defenses against a variety of threats--from attacking insects to invading pathogens. These intricate immune response mechanisms operate through a complex network that plant biologists have sought to untangle.

Crucial to these defenses is the timing and duration of immune responses. Humans are equipped with a strong and rapid inflammation response that is essential to ward off disease, but chronic and persistent inflammation can be harmful to our health. Similarly, plants feature defenses that are timed for rapid and effective responses against pathogens, yet tightly controlled to avoid threatening the host organism.

The researchers have discovered a critical "on-off" switch in the plant immune response system. As described in their report published in Nature Plants, they identified a new regulatory switching mechanism--an RNA-binding protein--that helps turn on immune responses a few minutes after attack. Hours later, the switch follows with a deactivation "off" signal to avoid self-inflicted damage to the plant.

"These findings have provided new insights into how the complex intricacies of plant immune responses are orchestrated to successfully fight off pathogens, and lay a path forward for improving plant disease resistance to ensure future food stability," said the senior author.

"This work went beyond simply identifying a new regulator of plant immunity," said the author, of the detailed mechanisms uncovered. "We discovered specific chemical modifications that control regulatory function, transcriptional targets of the regulator, differential splicing of the targets and precise effects of splicing on both target function and overall plant immune responses and disease resistance."