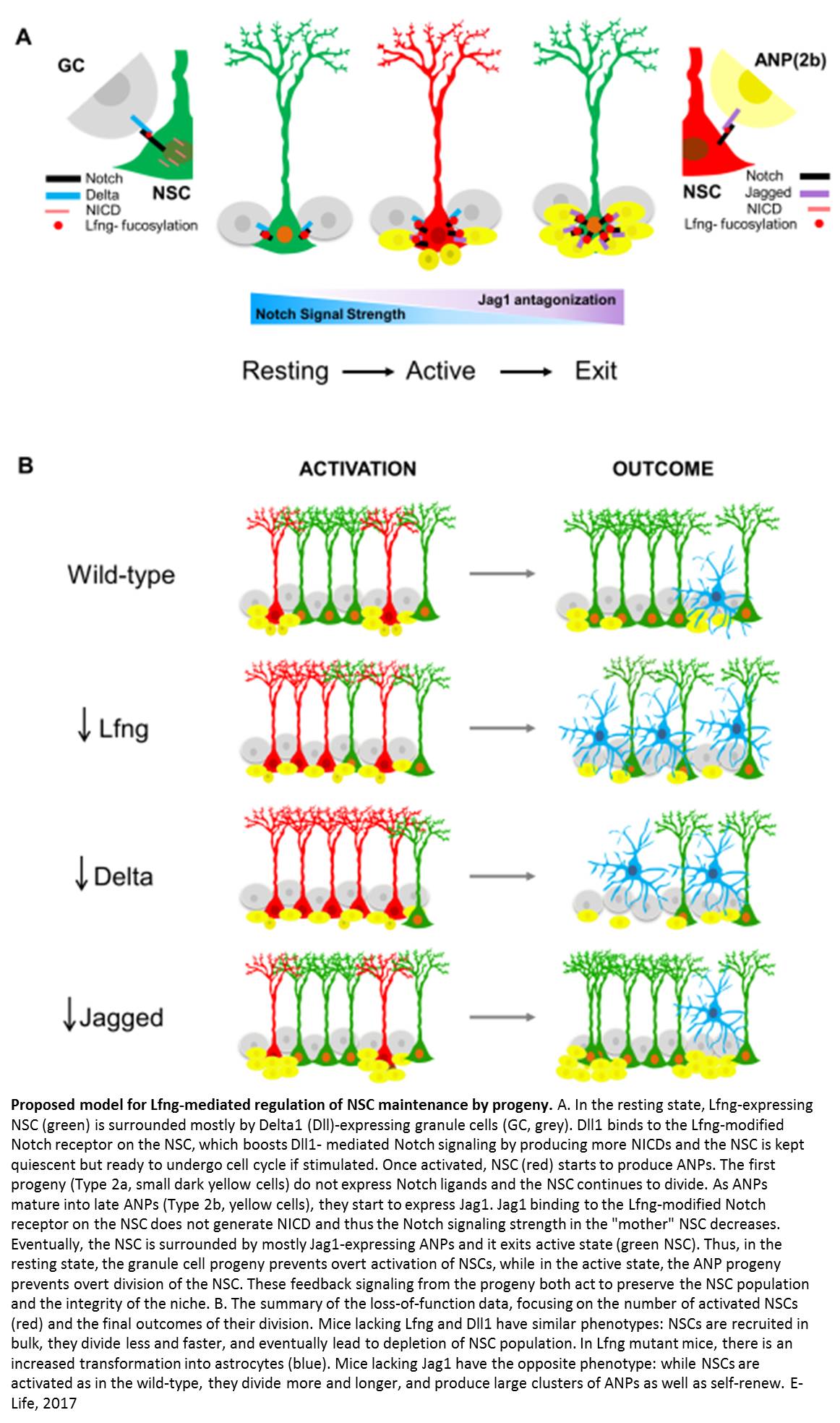 The discovery that the brain can generate new cells - about 700 new neurons each day - has triggered investigations to uncover how this process is regulated. Researchers have developed a novel mouse model that for the first time selectively identifies neural stem cells, the progenitors of new adult brain cells. In these mice, researchers have found a novel mechanism by which descendants of neural stem cells can send feedback signals to alter the division and the fate of the mother cell. These findings appear in eLife.

"Our initial goal for this study was to find a gene that is selectively expressed in primary neural stem cells. Based on the information obtained from publicly available expression databases, we started with roughly 750 potential candidate genes. It took an enormous amount of hard work and meticulousness to systematically narrow it down to a single gene - it was like looking for a needle in a haystack," said the study lead. "After extensive analysis, we were convinced that the gene lunatic fringe, a member of the well-studied Notch signaling pathway, was the selective marker of neural stem cells."

Previous studies in a number of animal models have shown that members of the Notch signaling pathway participate in the regulation of stem cell fate. The finding that lunatic fringe is a selective marker for neural stem cells and a member of the Notch family was a clue of its possible role as regulator of neural stem cell fate. This represented a potentially significant step forward in the field of neurogenesis because the precise mechanism and the fine-tuning of Notch signaling in the hippocampus of the adult brain, where new neurons are born, had remained elusive until now.

Researchers show that lunatic fringe mediates a mechanism that helps preserve neural stem cells, so that they can form new neurons throughout life while also ensuring optimal number of neurons.

When surrounded by Delta-neurons, most neural stem cells remain in a stand-by mode, protected from random activation and unnecessary division. On the other hand, when neural stem cells interact with Jagged1-neurons, they begin to divide. Combined, these processes allow division of every neural stem cell to be finely regulated to prevent excessive division and premature exhaustion of its potential.

"This study and the mouse model we have generated is a huge step forward in the field of neural stem cell biology because now we not only have a benchmark to specifically label primary neural stem cells, but have identified a key quality control step that determines their fate," said lead author of this study. "Lunatic fringe allows neural stem cells to decide whether to stay dormant or not, and, once they start to divide, whether to continue or to stop."

This study has far-reaching implications on the field of neurogenesis because age-related mental decline and psychiatric disorders such as anxiety and depression have been associated with a reduced ability to generate new neurons in the hippocampus, the center of learning and memory. The formation of new neurons is affected by many factors, both internal and external. For example, physical activity and enriched environment enhance it, while loneliness and depression dampen it. Adult hippocampal neurogenesis has garnered significant interest because targeting it could result in new therapies for many disorders. How nano-particles are engulfed by the cells