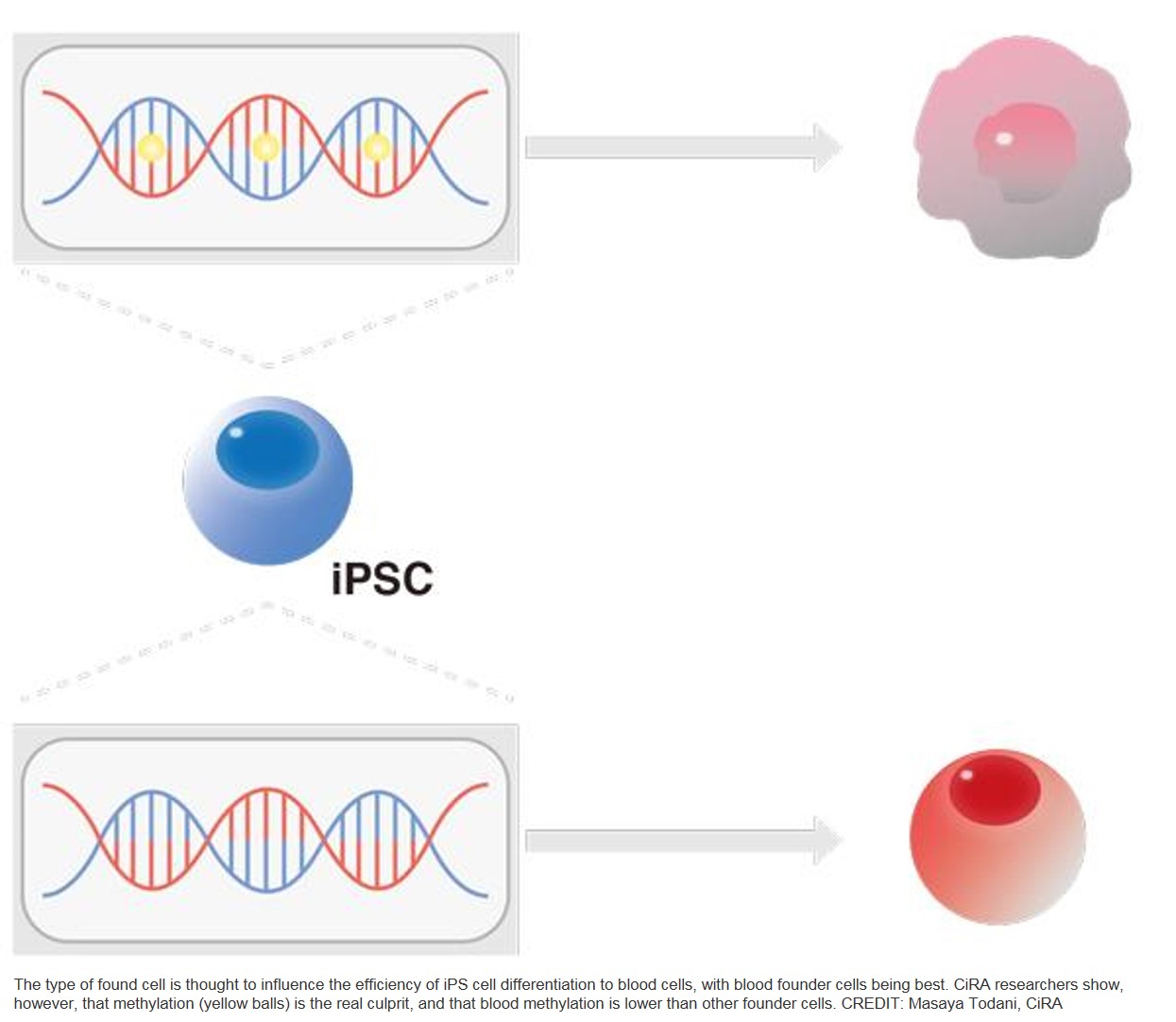 Cell reprogramming involves making one cell type into another. In theory, all cells can be reprogrammed, but there is evidence that the original cell (founder cell) influences the type of cell to which it can be reprogrammed. In general, founder cells are easy to acquire from a donor and come in one of four types: fibroblasts, keratinocytes, peripheral and umbilical cord blood, and dental pulp cells.

Labs from around the world have made iPS cell lines using different founder cells. The potential influence of founder cells is profound for regenerative medicine and other medical applications, since they suggest that the cell line should be selected based on the desired cell type.

Another factor that could also contribute to the efficiency of iPS cell line differentiation is the method with which the iPS cells were made. Many methods are used, but the most common are "retrovirus, episomal plasmids and Sendai virus."

Blood describes a diverse group of cells that includes those that carry oxygen, heal wounds, and fight off infection, and the production of clinical grade blood has remained a major goal of reprogramming science. Some scientists have argued that to acquire hematopoietic cells, the best founder cells are coincidently hematopoietic cells.

To investigate the contribution of founder cells in cell differentiation to hematopoietic cells, the researchers investigated an unprecedented number of iPS cell lines made using all of the above founder cells and reprogramming methods.

Interestingly, the group found neither of these factors has a significant effect. Instead, they show the expression of certain genes and DNA methylations were better indicators of the efficiency at which a cell line could be differentiated into the hematopoietic lineage.

"We found the IFG2 gene marks the beginning of reprogramming to hematopoietic cells", said first author of the new study. The researchers show that higher expression of the growth hormone IFG2, or insulin-like growth factor 2, is indicative of iPS cells initiating their conversion into hematopoietic cells. Even though IFG2 itself is not directly related to hematopoiesis, its uptake corresponded to an increase in the expression of genes that are.

Blood founder cells showed a much lower propensity for aberrant methylation than did other founder cells, which could explain why in the past scientists attributed the founder cell to the effectiveness of differentiating iPS cells to the hematopoietic lineage.

These findings reveal molecular factors that can be used to evaluate the differentiation potential of different cell lines, which should expedite the progress of iPS cells to clinical use.