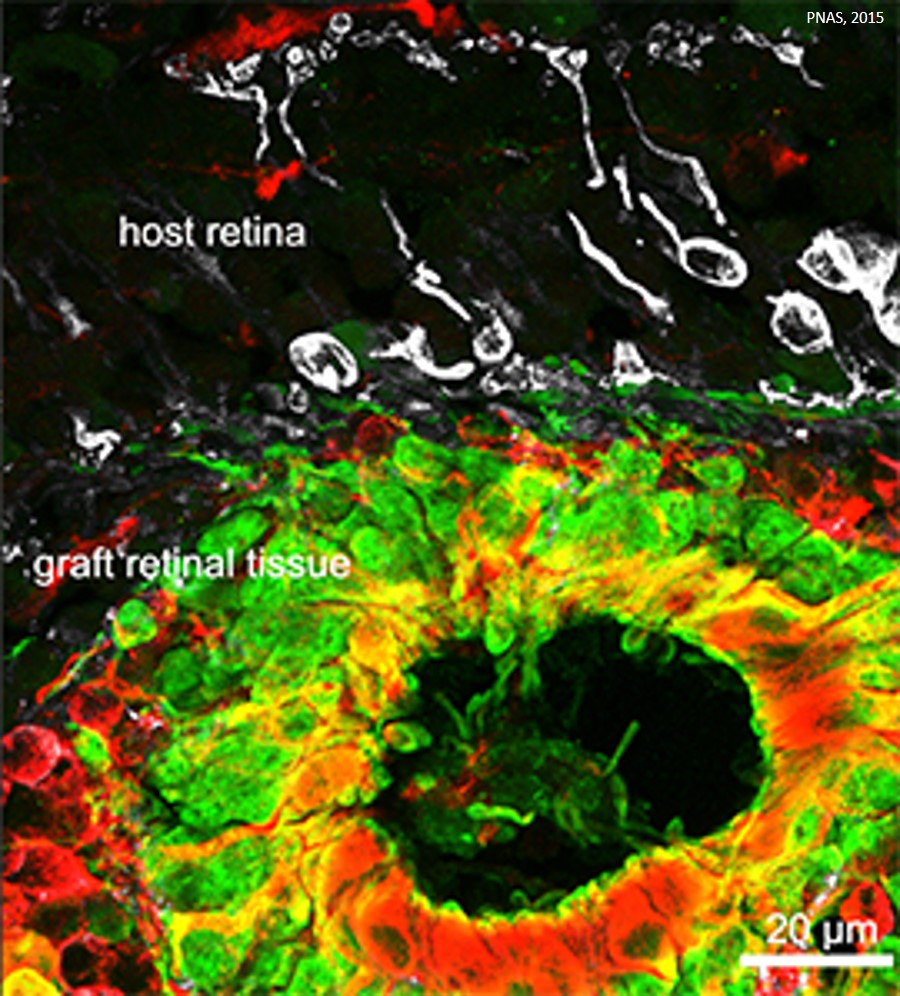 Transplantation of mouse embryonic stem (ES) cell-derived retinal tissue in mice has suggested the potential of the approach for treating retinitis pigmentosa (RP), a genetic disease marked by gradual loss of retinal photoreceptors. However, reproducible primate models of retinal degeneration for such efforts are largely lacking.

Researchers. transplanted human ES cell-derived retinal sheets into the subretinal space of a rat model of advanced RP, and found that the grafted sheets matured into well-organized layers with photoreceptor inner and outer segments and integrated with host retinas.

Optical coherence tomography and immunohistochemical analysis revealed that when human ES cell-derived retinal sheets that were differentiated for around 60 days were transplanted into the eyes of the monkey models, the sheets survived, matured, and, in some cases, displayed signs of integration with bipolar cells in the monkey retinas, with graft thickness increasing until 120 days of differentiation and stabilizing thereafter.

Thus, the authors suggest, sufficiently differentiated and well-positioned retinal grafts can make synaptic connections with bipolar cells in recipient retinas in primates. According to the authors, the monkey models might help optimize conditions for studies of retinal transplantation and surgery for human RP treatment.