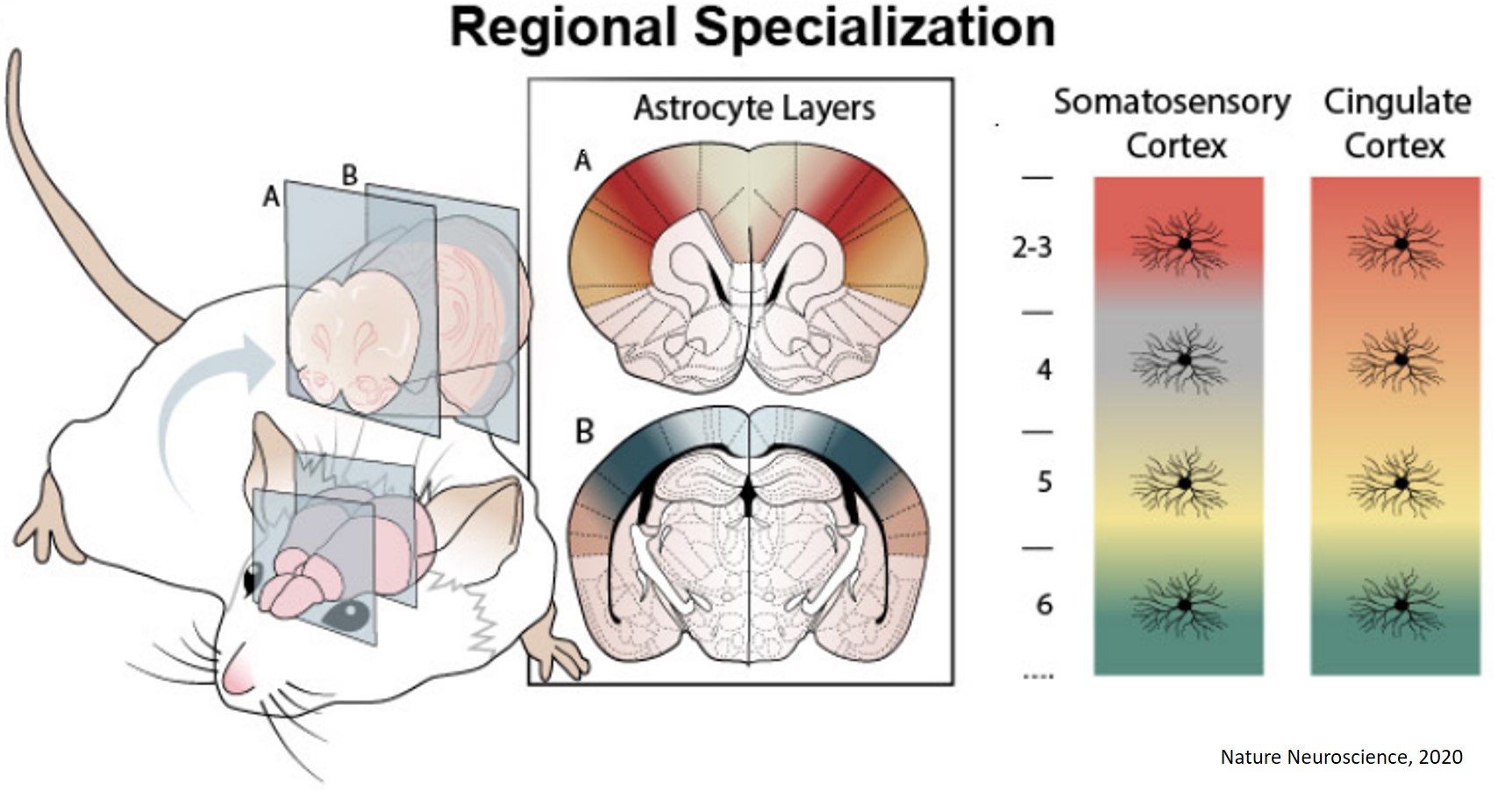 Published in Nature Neuroscience, the most in-depth study of its kind is set to change the way we think about the brain and the role of cells such as astrocytes. This knowledge will have with implications for the study of neurological disorders, such as Alzheimer's, multiple sclerosis and autism.

'Glial' comes from the Greek word for 'glue' or 'putty'. At one time, glial cells were thought of as 'brain putty' - functionally similar, passive cells whose only function was to fill the space around the 'all important' neurons. However, new studies are showing their critical importance in regulating neuron functions^. Astrocytes are a type of glial cell, so called because of their 'star-shaped' structure^^.

Despite the wealth of knowledge on neuronal function and the organisation of neurons into layers, prior to this study there had been little investigation into whether glial cells across different layers showed different cellular properties. To answer this question, the researchers developed a new methodological approach to provide a more detailed view of the organisation of astrocytes than ever before.

Nucleic acid imaging was carried out on mouse and human brain samples to map how new genes are expressed within tissue. These maps were combined with single cell genomic data to extend the molecular description of astrocytes. These data sets were then combined to create a three-dimensional, high-resolution picture of astrocytes in the cerebral cortex.

The team discovered that astrocytes are not uniform as previously thought, but take distinct molecular forms depending on their location in the cerebral cortex. They found that astrocytes are also organised into multiple layers, but that the boundaries of astrocyte layers are not identical to the neuronal layers. Instead, astrocyte layers have less sharply defined edges and overlap the neuronal layers.

As well as increasing our understanding of brain biology, the findings will have implications for the study and treatment of human neurological disorders. Over the past decade glial cells, rather than neurons, have been heavily implicated in diseases such as Alzheimer's and multiple sclerosis.

The senior author of the study said: "This study shows that the cortical architecture is more complex than previously thought. It provides a basis to begin to understand the precise roles played by astrocytes, and how they are involved in human neurodevelopmental and neurodegenerative diseases."