Biomarkers that could give cancer patients better survival estimates 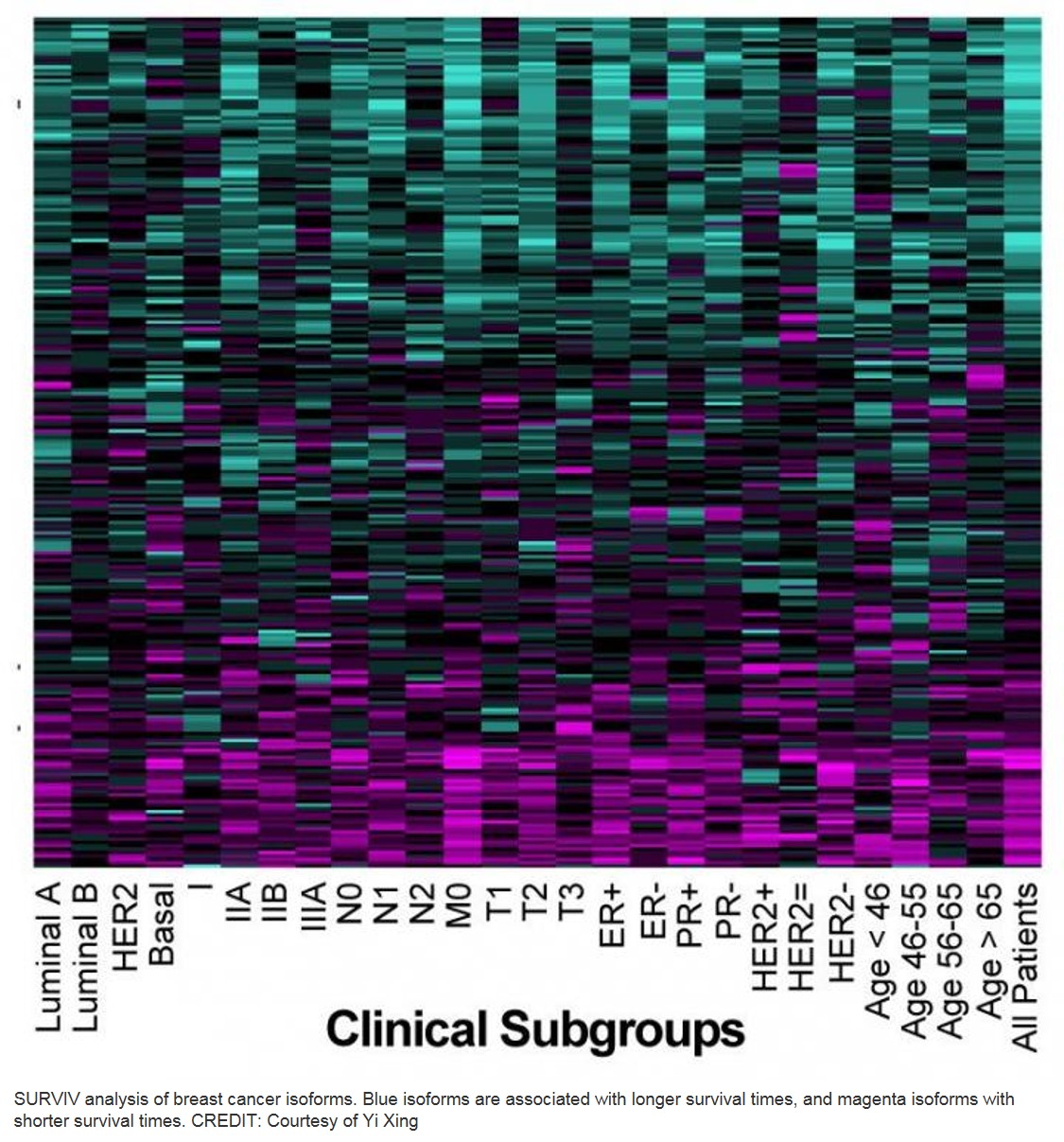 People with cancer are often told by their doctors approximately how long they have to live, and how well they will respond to treatments, but what if there were a way to improve the accuracy of doctors' predictions?

A new method developed by UCLA scientists could eventually lead to a way to do just that, using data about patients' genetic sequences to produce more reliable projections for survival time and how they might respond to possible treatments. The technique is an innovative way of using biomedical big data -- which gleans patterns and trends from massive amounts of patient information -- to achieve precision medicine -- giving doctors the ability to better tailor their care for each individual patient.

The approach is likely to enable doctors to give more accurate predictions for people with many types of cancers. In this research, the UCLA scientists studied cancers of the breast, brain (glioblastoma multiforme, a highly malignant and aggressive form; and lower grade glioma, a less aggressive version), lung, ovary and kidney.

In addition, it may allow scientists to analyze people's genetic sequences and determine which are lethal and which are harmless.

The new method analyzes various gene isoforms -- combinations of genetic sequences that can produce an enormous variety of RNAs and proteins from a single gene -- using data from RNA molecules in cancer specimens. That process, called RNA sequencing, or RNA-seq, reveals the presence and quantity of RNA molecules in a biological sample. In the method developed at UCLA, scientists analyzed the ratios of slightly different genetic sequences within the isoforms, enabling them to detect important but subtle differences in the genetic sequences. In contrast, the conventional analysis aggregates all of the isoforms together, meaning that the technique misses important differences within the isoforms.

The researchers evaluated the performance of survival predictors using a metric called C-index and found that across the six different types of cancer they analyzed, their isoform-based predictions performed consistently better than the conventional gene-based predictions.

The result was surprising because it suggests, contrary to conventional wisdom, that isoform ratios provide a more robust molecular signature of cancer patients than overall gene abundance, said the author.

The researchers studied tissues from 2,684 people with cancer whose samples were part of the National Institutes of Health's Cancer Genome Atlas, and they spent more than two years developing the algorithm for SURVIV.

According to author, a human gene typically produces seven to 10 isoforms.

"In cancer, sometimes a single gene produces two isoforms, one of which promotes metastasis and one of which represses metastasis," author said, adding that understanding the differences between the two is extremely important in combatting cancer.

"We have just scratched the surface," author said. "We will apply the method to much larger data sets, and we expect to learn a lot more."